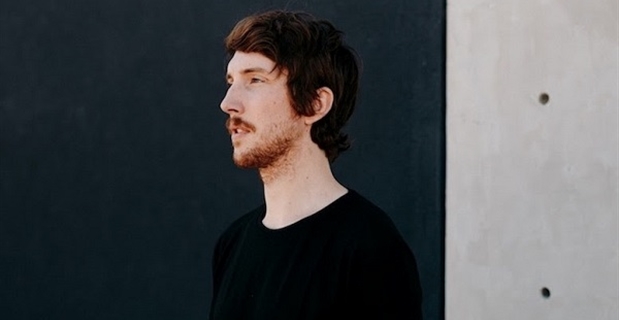 Shadows and echoes from Vancouver Island

He might be still getting together his songwriting, as he will say later, but "Each Other" still sounds as a finish line, for Aidan Knight, a songwriter from Canada. The sound, the mood, the dynamics all create a refined but intense output - all the ingredients for a personal mileston are there. We ask him how this moment really came to be.

So you are about to begin a pretty long and extensive European tour. How are you feeling about it? With all the difficulties you had in recording the album, it must be a liberating time for you, even after the possible anxiety and all…
Everyone is very excited. To play these songs in front of great audiences, in new places, and to eat new things are the things that make the long drives worth it. Even when you're exhausted and only have a few minutes to yourself, to be able to share your music with people, to connect with them is the best thing right now.

I know there were some initial problems with the “off the floor” technique you used to record the songs, then two of your bandmates had to leave the band. But the result, in my opinion, is great and has that quality of restrained grandeur that reminded me of great bands like The National, or even Wilco, with all the obvious differences. Your producer, Marcus Paquin, has worked with some of them. How did he influence your work?
Marcus is not only the nicest dude I've met, but his ears are so great. Hearing things that I couldn't, pushing myself and all the band into the uncomfortable place that gave us the best results. It wasn't easy, and I don't know how we'll get there again, but I loved the challenge of working with him.

Can you tell us how distant and how close to your initial idea the final result is?
This time? Very far from the initial idea, but that's predominantly because I start with very little and any idea can stretch any way it wants. In the past, I sometimes have a specific palette of sounds that I think we should work from and then let everyone explore those corners. Sometimes it works, sometimes it's.. well, you don't hear everything. It's good to keep some sketches.

Also the set of instruments which appear in “Each Other” (synth, vibraphone, piano, horns) seems different from the ones you used in the past, even though I can see the continuity from the previous “Small Reveal”. Was it also a result of new collaborations and directions?
I'd say it's just different usage. Julia and Olivier have always played horns in this band, and we've manipulated the sound of Vibraphone, synth, and piano on previous records. I was looking for a certain wavering of pitch that we found in the Roland Juno 60, which I purchased right before we recorded. That oscillating warble is a big part of Each Other. It's a beautiful sound.

I wonder what the role of Full Time Hobby was in all of this. Were they involved in the choice of a different production and style? How did your signing to Full Time Hobby happen?
I'll answer both in one here. Full Time and I started working together after we finished mixing this record. I had reached out to them for help with Small Reveal, and I think it simply took too long to grow on them for them to help me back in 2012. It's a slow, almost too subtle recording but I'm very glad that they heard something in it. By the time we finished Each Other, I think right before mastering, we sent them what we had. You can tell the guys are music fans, because this is still a pretty subdued, hazy record and they still signed me. I love those guys.

I am also quite fond of your debut release, “Versicolour”. Can you tell us about those days? Can we expect a reissue?
Sadly, no reissue plans for Versicolour. Maybe I'll revisit that sometime.

These two records share a brevity which I appreciate very much, personally. This is a rare quality nowadays, where albums without a ton of bonus tracks seem not to have a market. Eight songs, anyway, are probably the lower boundary in an Lp tracklist. How do you look at this aspect when you think about your record, the songs and the tracklist you want in it?
I like short records. I try and make records that I like to listen to, and the format of 30-35 minutes of music on an LP seems to me to be a great yardstick for fidelity and attention. On the other hand, I always try and save a song from the trash can, so many times you're hearing all the music that we work on. Typically, 2 songs don't make the final track listing. And after "Small Reveal", 1 of those made it on to "Each Other". I hope I can pay that forward into the next record.

“Small Reveal” is also quite a leap, in some ways, from “Versicolour”. Really one of the most interesting, colourful songwriting records I’ve listened to in the last few years. I like that it manages to be playful and melanchonic, experimental and heartfelt at the same time. But I feel quite a new maturity in your songwriting. Do you think something changed in your songwriting in the period between your first two records?
My perspective on songwriting is still coming together. Trying my hand at writing many different things is part of the search and part of the joy of playing music. The change that you're hearing is myself and the band playing many shows, many tours, many new places, new experiences, understanding equipment, context, and sound better. If I weren't making better things and maturing, it wouldn't work for me any more. I have this belief, somewhere in me, that I want to make good things. So as long as I can do that, with the people I care about.. that's what we'll do.

You are from Victoria, Vancouver Island. Having been there recently, I can imagine in a way how it can be of inspiration to you. One thing I notice in Canadian artists is a tendency to eccentricity, to quite personal interpretations of genres, like it was an echo or something like that. Maybe because musical scenes are less developed, I don’t know. Do you think this can be applied to your music? Thanks for your time.
I love being from Canada, from the island there. I'm looking forward to seeing it again this year for a show in April, and we'll see if I can wrestle any more inspiration from there or if I take it from a new place out here in the world. I'm just as curious to see what's next. Thanks!