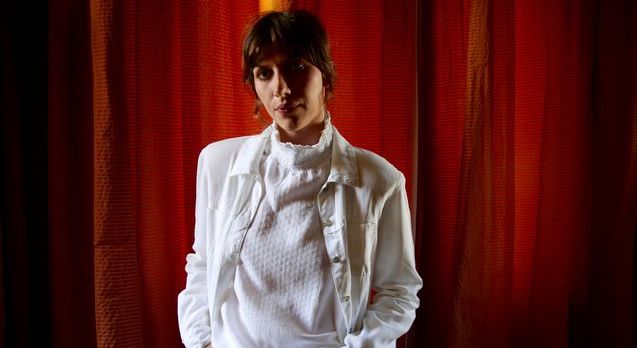 interview by Stefano Bartolotta
Tweet
We met Hannah "Aldous" Harding during a promo day in Milan, which ended with a showcase at Gattò. Her answers show how important is for her the songwriting phase, and how the outcomes of that phase influence all the following choices.

Is this your first music project or did you have previous experiences with other bands/projects?
I sang backing vocals and played guitars for some bands, and this is the first project that is mine. I started writing songs before this project started, at least I was trying. I was also into poetry and stuff like that, but then I realized it was not what I wanted to do, so I started developing my songs.

Did your songwriting process changed since you became a full time songwriter, or didi t stay the same?
It changes all the time. There’s no definitive process. It’s just that sometimes it just happens, and sometimes I have some parts and I have to put them together. But, if I think of my earlier songs, now I have more confidence and my songwriting now is where I wanted it to be.

I think that in this new album the sound is more complex and detailed than in the first one, there are more instruments.
I just wanted to make the kind of songs that I actually made and serve them, I felt free to try things and I felt confident that what I was doing was right. And my taste was enough to do that, and working with John Parish was a really nice way to support that feeling.

Generally speaking, how important was the contribution of the persons who worked with you?
We had a choir coming, and I led it, and about the other musicians, John and I let them do what they wanted to do, for example I recall the saxophonist had some good ideas.

I think another difference from the first album is your voice, because I feel it’s more dynamic in this album, you never keep the same tone but you suddenly go up or down at some points of the songs.
I just used my voice how I felt I should have used it. I wrote the songs, and that’s how I decided to sing them, because, again, I believed it was the best way to serve the songs.

I think your lyrics are quite uncompromising, you have no fear to sing difficult and hard things, but your language is always gentle and poised.
I think that a good song, to me, has to have balance, but it’s not easy for me to explain it, I write songs and when I feel they’re good enough, I have what I need to have. If I feel enough emotion to put a song on a record and call it mine, I don’t need to think of anything else.

You’re playing in Italy next summer, what can we expect from your live shows?
I try to keep the performance pretty close to the records, because that’s how I think the songs are best served, so, if people listen to them for the first time, they get immediately the best from them. I’ll probably experiment more maybe, for example I’ll definitley have a lot more sax, and I’ll play new songs.