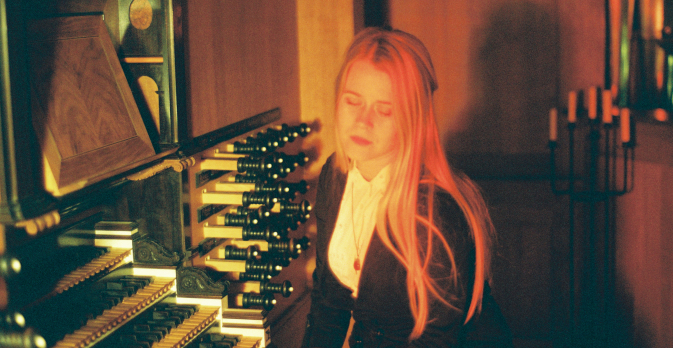 On the occasion of the release of her new album, "All Thoughts Fly", we contacted Anna von Hausswolff for an exclusive interview that touched on various themes: from the magic of a particular place like the Sacred Wood of Bomarzo to her interest for black metal, from politically correct to Burzum t-shirt. And lastly, we talked about her projects and present and future collaborations.

First of all, thank you for this interview.
Your new album, "All Thoughts Fly", is dedicated to the Garden of Bomarzo, The "Sacro Bosco". What impressed you the most when you visited this particular place in Italy?
Apart from the grotesque and spectacular sculptures I absolutely loved how the nature interfered with the Sculptures, eating them up, creating an image of continuous change and creation. The place was very much alive and it felt as if it was observing me. I felt sympathy, empathy and love for the park.

After the success of your previous album, "Dead Magic", why did you choose to make an instrumental solo album? It is only made with a large pipe organ, if I'm not mistaken…
It’s recorded on the biggest quarter comma Meantone tempered pipe organ in the world, but it’s not an enormous organ it’s just exceptionally big for that particular tuning, and it surely has an extraordinary sound. It´s placed in Örgryte New church,Gothenburg, and just a few blocks away from my home. I recorded and played on this organ several times before so it was the natural choice for me for “All thoughts fly”. Since I learned to play the organ in 2012 I’ve dreamt about making an instrumental pipe organ album and “thanks” to Covid-19 I finally found the time and courage to sit down and execute it. Every little sound you hear comes from the pipe organ, sometimes processed through effects but most of the time just acoustically developed. 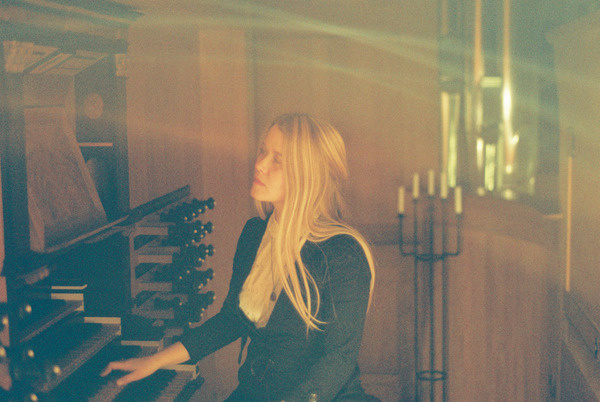 The theme of supernatural and magic emerges very often in your work. Are you passionate about Scandinavian legends, folklore and traditions? Many musicians, from folk to metal, are attracted to the magic of certain Nordic landscapes and its stories of supernatural creatures like trolls, giants, monsters and gods. Are they an inspiration to you?

I think I’m more fascinated with places rather than purely fictional creatures. I like how stories and places interfere with each other and changes your perception of things. I like to speculate around why a story exist in a particular place, is it a warning of some kind? An encouragement ? Is it trying to teach you something, or scare you into submission ? If the story includes a troll, giant or ghost doesn't matter so much to me as long as it adds a depth to the place.

Unfortunately, Walter Ljungquist is an unknown author in Italy. His books have never been translated into Italian. I know that his book, "Källan", was a great source of inspiration for you. Would you like to tell us what impressed you about his fabulous prose?
His ability to illustrate clear images of places and combine it with an extraordinary storytelling skill. He’s precise yet very poetic in his way of using words and every time I finish a story by him I get the feeling that an unsolved mystery still remains.

You have previously collaborated with Wolves in the Throne Room. What do you think of the black metal scene today? What are your favourite artists, past and present, in this genre? Your photo with the Burzum t-shirt has certainly not gone unnoticed...
I have to admit that I’m not entirely updated. There are some bands that I really like and it feels like the scene is still very much alive, changed but alive. My all time favorite past+present black metal band is Mayhem, I’ve seen them live 5 times. And yes, the Burzum photo wasn’t a success. I thought it would be blasphemingly funny and to wear it in a photo shoot for an interview that I made, as the whole interview was basically about me talking about my worship for pipe organs and churches. It didn’t hit well and no, I will not wear it again in a photoshoot.

Nick Cave recently said that political correctness has an "asphyxiating effect on the creative soul of a society". What do you think about it?
I agree to some degree but this quote is misused so much. People who don’t want to critically think about their own behaviour or change like to hold on to this sentence. I think political correctness can be affective and necessary in certain situations but people need to be humble and inviting, not judgy and aggressive, which many are. My philosophy is that political correctness should be equal with decent common sense, for example it should protect groups from ethical discrimination. It´s important to remember that behind every action there’s a philosophy so find out what that philosophy is before you criticise. Art is complex and it should stand outside politics, it needs to be completely free to the very core or it cannot be taken seriously or liberate people, and here I can agree with mr Cave, don't let the consensus paint the future of art.

Recently, you and the Danish artist Myrkur played a cover of "All is Full of Love", one of the most famous Björk's songs. I confess that I would be very curious to hear an entire album by you two. I don't think I'm the only one hoping for it. What's new on that front? Any other collaboration planned?
We have nothing planned but I would surely love to work more with Amalie, she’s such an inspiring creative force! 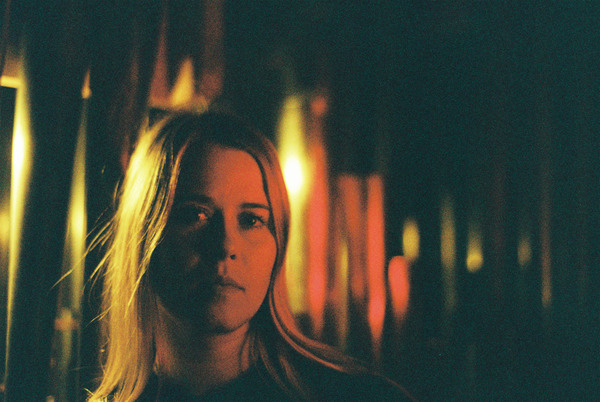 Your family is certainly very interesting. Your father is an experimental musician, sound artist and established artist, your mother is a very good screenplay writer and your sister is an artist, photographer and director. What was it like growing up in a family like this?
My stepmother Marietta is a screenplay writer and my mother Evalena is a psychologist. My father and mother never forced anything on me and my sister, they gave us access to a lot of stuff and we took advantage of it. It was an incredibly inspiring childhood full of music and dance.

The first BADA album has just been released for your label, Pomperipossa Records. It's a drone music band you're involved in too, right? Can you tell us a little about the project and your passion for this sound?
We are a group of friends who have common interests in heavier slow music and noise. There are no rules really to what we do and play as long as everyone can stand for it. For me it´s a great way to play and exercise heavy music without feeling the pressure of not sounding like "me". I've reached some incredible points with this band that I couldn't have reached with my own project.

Tell us a little about your label and its releases. How much is important today to produce music on physical media? The vinyl version of your new album is already sold out in pre-order. Did you expect such a success?
My label is a small little label who releases, mostly, small limited editions. I run it together with my best friend Laura Lee De La Vega and together we try to gather talented visionary people around us and offer them a platform to release and create music from. The physical media is all we have really. I´ve completely given up on the digital format. It´s not a platform to earn any money from, especially not for alternative or experimental artists, it´s an extremely excluding and discriminating platform. I'm grateful that my audience is not only curious about my music but also about the music Pomperipossa Records releases. It feels like we've managed to create a close relationship with our customers, although postal service is working 24/7 to entirely fuck it up.

Do you miss performing live? What are your future projects? Anything in mind you can tell us?
I am first and foremost a live musician, and not playing live has been devastating for me, on many levels. But I like to think that this period of stillness has allowed me to write in ways I haven't done before, and finally I have the thing I've always craved for: time. Next year a documentary I wrote the music for will have its premiere and hopefully I've managed to finish, maybe even release, my sixth full length album.

Thank you for your time.
Thank you giving me space.