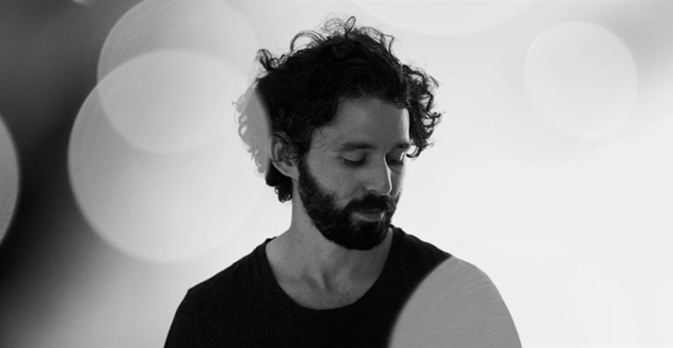 Music as a cure

Hey Peter, thanks for your time. So, I wanted to start from your condition, the tinnitus you developed in one ear. Are you fully recovered, now? How did you cope with it psychologically, in the beginning?
My hearing has returned, and my tinnitus has subsided to a manageable level. I remain more sensitive to sound than I was before the incident, but I’ve made a number of changes to my lifestyle to manage the condition, and do what I can do avoid aggravating it. When it first happened, my initial reaction was a combination of confusion and fear. I learned to keep the fear in check through practicing meditation. The confusion and disorientation was pretty extreme at first- I felt as though I was experiencing a different reality from everyone else. I’m lucky to have close friends and family to help me stay relatively grounded.

It must have been a quite terrifying experience, and you can feel a general sense of relief leaking through “Impermanence”. The first time I listened to it, I thought of it as “Hospice” “good” brother, in a sense. Would you say it’s a record about healing?
The record is most definitely about healing. It describes it as a continual process, instead of something linear as we tend to think of it. The nature of psychological healing is that it requires time and recurrence, incorporating
healthier mental activity to break harmful patterns. The record traces this path, from suffering to healing, back to suffering and back through healing again. Pain fades out while relief fades in. Relief vanishes when pain returns. This goes on and on and on.

One of the first side questions that come to mind is: why did you choose to release it as a solo record, and not with your band? Does this reflect a bigger career change?
The material felt better suited to solo performance. The music’s pretty severely minimalist, mostly an interaction among 1 voice, 1 guitar, and silence. Maybe the choice to release it as a solo album is also related to a shift in my career, to produce and create as an individual and not only as a member of a partnership. It’s perhaps a reflection of moving toward greater self-sufficiency in my life, and a hunger for trying things beyond my comfort zone.

Eastern philosophy and religion have been present in your music since the beginning, but they seem to be stronger in “Impermanence”. They permeate the whole conceptual framework and inspire at least two of the songs. Can you tell us about about your relationship with Buddhism?
Buddhism has been a useful mythology for me to better understand the world around me and how to be in it.

A perhaps important element in the creation of “Impermanence” is your new residence, which is now upstate NY, if I’m correct. Do you think the place is going to influence your future releases?
Most definitely. I’m about to set up a new workspace there, and I think the environment will play a major role in shaping the projects developed there. There’s an abundance of quiet there, which enhances subtlety. The proximity to nature helps me clear my head when I’m stuck.

Despite its minimalism, there is a great attention to sound. Like you said, there is as much attention to what is played as to what isn’t. How do you actually “work” on silent spaces when you are recording a song?
Working on silent spaces happens because you allow them to happen. For me, it’s about restraint, questioning the impulse to fill-in “dead air”. It’s also the product of slower tempos, slowing down time or at least making time more malleable for the listener. Space emerges when you separate things, the universe is constantly expanding.

I have read about how you reorganized, while moving outside the city, your relationship with social media and the internet in general. It’s interesting because one might think that going to live in the country means saying goodbye technology, but I think that most of the advocates of the virtual world take delocalization and decentralization as some of the “powers of the network”. You can live anywhere and enjoy the same services and social life. How do you cope with this aspect? Of course, “Impermanence” seems to touch on the topic, not as straightforwardly as one would think, maybe.
I make an effort to manage my participation in social media. It goes without saying that there are tremendous benefits to humanity and individuals thanks to the way information can spread. But being plugged-in all the time is incredibly addictive, not only in it being habit-forming, but also addictive in the sense that it infiltrates the
mind and dictates the course of your life. I do my best to be mindful of my inputs, I stay relatively informed but I consciously disconnect too. I’m trying to be more present with my physical reality, my immediate vicinity.

In what kind of venue do you expect to play these songs?
I’ve been finding that the best venues for these shows are small, intimate, and comfortable. It’s best seated, as people tend to become disoriented or drift off to sleep.

Thanks for your time. Can we hope to see you play in Italy this year?
I really hope so. I’ve never been and have always wanted to go.