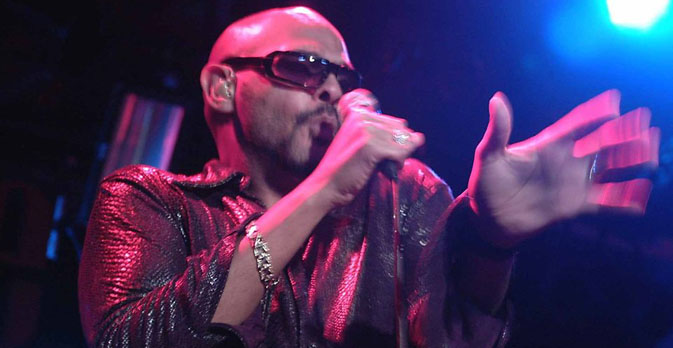 Plenty of people keep introducing you as former member of Magazine and The Bad Seeds, even if Magazine split in 1980 and you left The Bad Seeds in 1986. We must also consider that the way your solo carrier sounds has nothing to do with the way those bands sound. I assume it is annoying.
Well- since you felt the need to bring it up!! I guess those bands made quite an impact in the world and the fact that I was a part of them links me nicely and provides a base for people to join the dots. Though mainly I don't Sound like those bands I think the spirit of those bands affected me and continues to.
Though, you were part of cult band Visage, too. Why it’s never mentioned then, in your opinion?
I was like a session guy- not on the pay-roll like the others so....

What is your memory of those bands after so long? Did your perception changed during the last 20 years? It must have been difficult playing in bands like those.
I have vague memories of getting up off the floor from time to time...

As I said before, the way your solo carrier sounds has nothing to do with the way the bands you played in sound. How did you achieve your personal sound and how having played in bands like Magazine and The Bad Seeds helped?
I think it's true what I said about the spirit- I felt in both bands there is a part of me that was attracted to them and vice-versa but at the end of the day you are yourself and the real quest is to seek that out and let that be the music.

You’ve always succeeded in making your music very close to images. Do you approach writing your records as a soundtrack?
I keep an eye on trying to bring the music visually to life- see pictures- sometimes this is like soundtrack making and in songs, trying to provide image through story.

Have you ever thought of writing a script? What about a complete movie soundtrack?
I have written quite a few scripts and short stories and written soundtracks to a few movies!

Your music has always been used for movies, commercials and you even wrote something for a CNN programme, if I understood well. Is granting the use of your song for a commercial easy?
It's very normal these days to have your work in commercials and films and TV it's a part of making a living from your music- most things I say yes to- I might draw the line at promoting suffering but y'know, a commercial for a phone? that's ok I guess!

You took a while to get used in singing in your records, it seems you “accepted” to play the singer from “As Above So Below”, which is you fifth solo record!
Yes. and now I'm just starting to get used to the job!!

You described your previous record, “The King of Notting Hill”, as “Illusion versus the Truth”. How would you describe “Stranger on a Sofa”?
Stranger- is a psychological reflection of the world right now. There is an expression about 'being beside oneself' so... there you are, beside yourself on the sofa- alone with your creeping fear that the world will probably destroy itself in the near future- better listen to some great songs and forget about it!!

“Stranger on the Sofa” is the most cinematic title you chose for your records. Maybe ever more than “Soul Murder”. It really makes me think of some kind of Hitchcock movie. Though, it’s probably the less cinematic record you released. Is it just a natural evolution?
I think I'm avoiding cliche and repetition- by bringing songs as an expression of cinematic language to the front and asking questions of the listener. that they engage in the plot?

Who’s the stranger on the sofa and whose sofa is (s)he sat on?
That's like asking Hitchcock what birds he means exactly.

You worked completely on your own for “Stranger on the Sofa” album, while you tended to work with many other people in your previous records. What brought you to work completely on your own?
I wanted to confine myself in the world of the piece like a painter. T.V. playing and me grabbing ideas out of the air and editing them like a possessed Basquiat

Just a little curiosity: is the “Who Killed Big Bird?” inspired to Charlie Parker?
It is now!!! Put in that context- It poses a whole new question to the question of who killed Big Bird!!

I think that “Stranger on the Sofa” is influenced by the jazz from the ‘40s. Had I a wrong perception?
I don't really know any Jazz from the forties BUT one day a progamme was on TV about 40's Jazz and it showed pics of the guys then and there was a big band and down the front right was a guy playing trumpet who I swear was me!! My children even called out, 'Look it's dad!' `So maybe...

You never perform live that much. May I ask you what’s the reason? Does it mean there will be no chance to see you in concert for this record as well?
I will perform this record (I get very busy) I'm performing this week in London and will travel with it.

You’ve done many remixes for different bands. How do you work on a remix, what it your approach and what makes you want to do a remix of someone else’s song?
I like the money and the freedom to creative something from your point of view

Did you ever happened to have a song remixed?
Yes- I like the Whispering Streets remixes by Aim and Funkstorung

You decided to leave Mute Records and found your own label, Central Control International. May I ask you what happened? Some people say you never actually belonged with them.
Maybe I never did, hence the need to have my own workshop.

All the versions of your website have always been brilliant. How much are you involved in the making of your site?
I discuss concept and feeling then I give freedom to the designer to come up with ideas and take it from there.

You moved from Manchester to London. Why?
In magazine it seemed to be where we were most of the time- I stayed and then went back to Manchester for a while but missed it- Now seems like home more than anywhere else

Last question… I heard around that, where you were a kid, you used to never go out of your house if you were not wearing a costume. Is that true? What kind of costume? What was the reaction of your parents? And what about the other children’s?
I never leave the house without a costume still! Yesterday I was a city stockbroker- the other kids didn't mind as they all had costumes on too. Nobody seemed to care- least of all my parents. 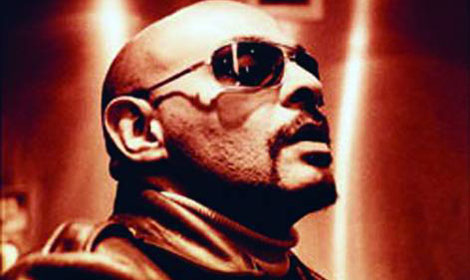 Stranger On The Sofa