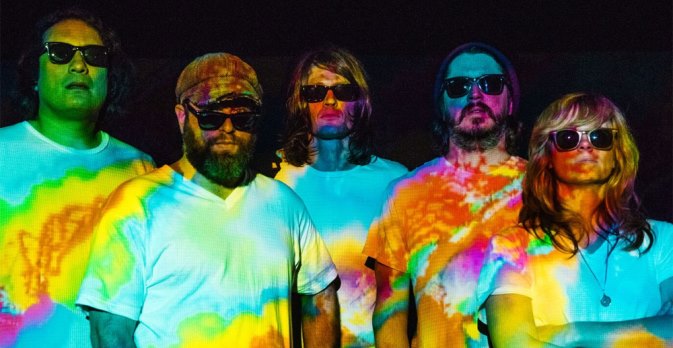 interview by Claudio Lancia
Tweet
You come from Austin, Texas, a city that has been seen, for a long time, as one of the most culturally depressed areas of the country. Now we observe the complete opposite to that situation. Whan can you tell us, from your privileged point of view?
I'm really lucky live in Austin.

For instance, what is your view of South By Southwest? Many speak of it as a "meat market", lots of underpaid - or not paid at all - artists around. At the same time, one could see as a unmistakable chance.
Bands shouldn't come to sxsw to get rich. Everyone else goes there to get rich off of the musicians. This isn't a bad thing necessarily it actually really helps the local economy and usually bands leave with more connects and fans. Yes there are 1000 bands that play, half of them hate it the other half get so drunk that they forget the bad experiences and come back the next year. I don't really pay much attention to the negative meat market feeling of the city that you are speaking of.  I just show up and play psychedelic music to people who come to hear it. 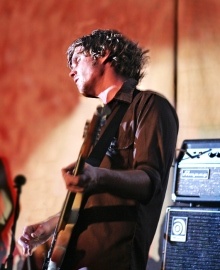 People link psychedelic music to a whole mythology of hallucinating substances, acid trips and so on. Do you think this pantheon has survived, or psychedelic has a whole different meaning, now?
It's a whole new meaning I believe, or actually the original meaning.   If you look up the definition and history of the word psychedelic its more in line with "ground breaking" or "futuristic|" than acidity.
Music is the new Religion. People get high on the music alone, and need nothing else. The myth that you need drugs to create or enjoy the music is small minded and actually hurts the genre in terms of people allowing themselves to enjoy it.

There are many successful psych-rock bands around. What comes to your mind, if I ask you Black Angels' greatest peculiarity?
We are all actually writers for CSI Miami. They contacted us a few year ago to be guest writers but just turned into a real gig after a while.

What can we expect from a set of yours? Do you tend to a rougher, "drier" expression or do you put emphasis on feedback and such?
Reverb and Hope, Delay and Fear, Feedback and Astonishment, Dryness and Truth, Tremelo and Mystery.

It is also common notion that you usually play with some kind of visual accompaniment. What will you be showing during the next tour?
I hope, we haven't made enough money lately to bring out projectionist because of the cost of tour... Hopefully in the future we can fulfill this idea. We will tour for 2 months straight and there will be zero dollars to split amongst us when we get home.

Reminds me of the old joke, "what is a musician with out a girlfriend or boyfriend?"
Answer: sselemoh [homeless, Ed.]

What is your relationship with the European audience?
The European audience is by far the best audience we have.  We feed off of each other and the shows are great.
Our relationship is a very good one- I wish other countries aheemm (Usa) would benchmark how artists in general are treated in Europe. But no our government has been cutting funding for the arts and teaching the rest of the western world that art is not important. Shame, Shame, Shame. Where do we start when we have no eyes to see the starting line.

You played as a backing band for Roky Erickson, for a short period of time in 2008. What do you think of his collaboration with Okkervil River? Have you got something running with him, as well?
We actually recorded 10 tracks of Roky's as well. We thought we had something running with him until we saw 5 of the10 tracks we recorded ended up on the Okkervil record. I commercially completely understand why they wouldn't want our versions not to mention we had zero budget to record so we paid for most of it ourselves and then found out they were not going to be used.  That's the music biz for you.

It was a great opportunity though to work with him and revive the lost sound of the 13th Floor Elevators.  We also toured with Roky and recorded every show on the tour, electric jug and all.  Was the jug on his new record?? We used the same instruments as recorded on Easter Everywhere. Our versions of the songs sound like something from 1966. I understand... 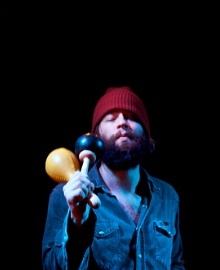 You have been very active opposers of Bush administration, dedicating a lot of creative effort to anti-war messages and so on. What is the position of "Phosphene Dream" - or yours, in political terms?
The whole position is trying to get people to see light when light isn't there. Hope in the face of the powerless. Yes, we encourage people to think for themselves and find new methods of survival. Stand up for themselves and create change through dialogue and not war. Google : "Global Majority".
We also encourage people to actively seek out information, never stop learning.

"Phosphene Dream" proposes Black Angels' musical themes but, maybe, with a slightly different edge. Can you help us to grasp it?
We brought in a 6th mind to the recording process. This was Dave Sardy, he encouraged us to push ourselves and taught us a lot in the process of recording this record.

How would you change your sound, if you had to?
It would be more like jungle music, from the jungle, deep inside the vine of the jungle into the core of the "Spirit Molecule".
Music that took you to this sacred place is what we achieve to make.

Are you still enthusiastic about illegal download?
Spread your love like a fever. I'm enthusiastic and hopeful that people will still buy records. It will take social change, just as people thought it was a good idea to start recycling. People will begin to realize that it feels good to support these people who provide music and art.

What can one see in a "Phosphene Dream"?
They can see themselves. Hopefully they can see light even when light isn't there.
Discografia