This is only a song, it can('t) change the world

This is only a song, it can('t) change the world

"There are moments in a match when the ball hits the top of the net, and for a split second, it can either go forward or fall back. With a little luck, it goes forward, and you win." Although the quotation is taken from a movie by the abstruse and utterly Newyorker Woody Allen, perhaps if we had read it to Daniel Martin Moore, a shy, lanky young songwriter from Kentucky, he would have agreed and most likely he would have found remarkable similarities with his life, at least with his artistic one. It was, in fact, a lucky coincidence (fate?) if a promo arrived in the right hands, leading the hitherto unknown singer to release his debut, "Stray Age", for Sub Pop. So even if Daniel never thougth to take a real career as a musician before, his path, until then paved with a thousand jobs and travels all around the world, was unavoidably smoothed. A little more than one year after Moore's touching and successful debut, that path led him to meet Ben Sollee, acclaimed cellist and author, in 2008, of an interesting solo debut, "Learning To Bend". In a few months this encounter gave life, in 2008, to "Dear Companion", album produced by Yim Yames and entirely recorded in Kentucky, homeland for all of the three artists. The record, in which the authors examine the strong link with their homeland, was conceived and set up especially to bring to the fore the problem of "Mountaintop Removal" (MTR), caused by the senseless exploitation of mountains in the Central Appalachian region by mining companies. An act of love for their homeland and an outcry against the indiscriminate exploitation of nature. Daniel Martin Moore, friendly and communicative as his songs, talks about these issues and more, in this exclusive interview.

When reading your biography on the magazines and on the web, it seems like your life is very picaresque and full of important changes. How did you start writing music? And have you ever thought about being a professional musician before signing to Sub Pop?
The start of music writing must've come slowly, and spread over many years. I feel like I've always been whistling my own little melodies or humming one tune or another, and for as far back as I can remember. It must've been when I started learning the guitar, about 10 years ago, that I started adding in lyrics and actually remembering the tunes for longer than it took to whistle them.
Before Sub Pop, I suppose I had thought about it in a very loose way, but not in a serious way. I did send them some recordings, but I'm only now beginning to understand what it means and what it requires to be a professional musician.

What is there behind your inspiration? How do your songs originate? Do you start by writing a guitar tune or do you start from lyrics?
Inspiration is a mystery, most times. But I usually start with a whistle or a hum or a single line of words. It happens both ways, sometimes music first, then lyrics - sometimes lyrics first, then the music. And I'd say it's just as frequent each way.

You're still very young but your music reminds us of many artists of the past - not only American folk singers, but also English folk bands from sixties. And we suppose that it's not by chance that you decided to cover Fairport Convention in your first album. Which artists influenced you most?
I loveS andy Denny, and particularly her song "Who Knows Where The Time Goes?". It seemed like a good fit for the album, and everyone was behind the idea. The artists that influence me most are endlessly numerous, but to list a few: Jean Ritchie, Johnny Cash, Lightnin' Hopkins, Wendell Berry, Bob Dylan, Dolly Parton, Li Po, Charles Mingus.

How did you feel during the final recording sessions for the songs of your first album "Stray Age", when thinking that you were doing something definitive, something that was not going to change anymore? How was the first time in a professional recording studio?
The notion of doing something definitive is a tough one to reckon with. It can be paralyzing, and I tried really hard not to think of it in that way, and still try not to think of recordings as being something other than documentation of a certain time and of certain circumstances. That thought process is something that Joe Chiccarelli helped me with. The first studio experience was a little intimidating, but also pretty exciting. And working with Joe was the best.

Are you completely satisfied with the results of those recordings? Were you on the same wavelength with the producer (Joe Chiccarelli)? If you could go back to those days, would you make any changes to the recordings? We think that your debut album is just perfect, with well-refined arrangements and a great attention to details, but what about your perception of it?
I feel very happy with "Stray Age" (and I'm so glad that you enjoy it). Joe and I were definitely on the same wavelength. We spent many, many hours talking about our hopes for the album, and what sort of instrumentation I was looking for. He helped me to express the songs in ways I had wanted to, but wasn't capable of on my own, in my house, tinkering with my guitar. It's a snap shot of where I was as a musician at the time of the recording sessions, and I wouldn't change anything about it.

Then, when everybody was waiting for the "difficult second album", you put out "Dear Companion", a project and a record where you share the scene with another musician, Ben Sollee. It was kind of an unconventional move for a young songwriter who is just launching his career. How was that collaboration born? And where did you guys meet?
Ben sent me an email in late 2008 when he heard the song, "Flyrock Bues" that I had posted online. He was thinking about "mountaintop removal" (MTR) and beginning to make some work around the issue, just like me, and suggested that we meet up the next time I came through Lexington, KY, where he lives. We got some coffee a few weeks later, and kicked around the idea of making some recordings together. Over the next bit of time, the idea gained momentum and we ended up make this album. Strange how things work out, sometimes.

Your debut album and Sollee's one were quite different one from the other. How did you two manage to combine your different approaches to music and musical backgrounds? Even though you guys co-wrote only a few songs in "Dear Companion", the whole record seems to be really cohesive...
Once we decided to work together, it was a matter of honing in on our common ground, which was mostly our shared love of the musical traditions of Kentucky. Everything else just fell into place.

How did you and Ben choose the songs for the record? And how did the songs you wrote together come up? Who wrote the lyrics and who wrote the music?
These are the songs we were writing and thinking about when the idea of making the album came forward. On "Sweet Marie", Ben had the music more or less completed, and we worked on the lyrics together. For the song "Dear Companion", we wrote music and lyrics together one afternoon after a rehearsal.

How was Jim James involved in the project? Did you ever meet him before? How did you feel in collaborating with him?
It was through this project that i got to know Jim. Collaborating with him was great - he's a very thoughtful producer, and brought a careful attention to the work we all did together.

Daniel Martin Moore, Ben Sollee and Jim James: all the people mainly involved in this project have the Kentucky mountains as a home, and "Dear Companion" was intended to be in protest of mountain top chopping made by greedy and short-sighted coal companies. Of course this is something that not many people outside the Appalachian states have ever heard of. Do you think that "Dear Companion"  will get out some awareness on that cause? Part of the record proceeds goes to the Appalachian Voices. Could you tell us something more about this organization?
We certainly hope that the record will help to raise awareness, that's the whole reason we all came together to make it, in fact. And it was for this reason that we partnered with Appalachian Voices.  They're the group responsible for the website ilovemountains.org  and they do tremendous work to help get the word out about MTR. They also focus on finding alternatives, building responsible communities and in preserving the rich cultural heritage of Appalachia.

Is there still any room for the sixties legacy of "protest songs" in our hyper-cynical world and in the music biz?
Maybe.  Business is business, so as long as something is popular/selling, a big record company will happily fall in line and support it - quality and content don't factor in to that equation, it's just about money. It's not like the labels in the 60s were trying to make some kind of political statement.  they were selling millions of records, and I doubt it mattered much to them if it was Bob Dylan or the Monkees. And I wouldn't say that the whole of our world has been carried away with cynicism just yet. There are still a lot of thoughtful, caring people willing to get involved and work for higher ideals.

Right now you are touring the United States with Ben Sollee. What about this wandering experience? Are you also planning to come to Europe? How much importance do you give to live performances as a vehicle to express your emotions?
Our tour has been a very rewarding experience. We've gotten to visit several places we had never been, and have gotten to play music for many kind-hearted people, and have had many opportunities to talk about MTR in places it probably otherwise wouldn't be discussed.
We would love to come to Europe and are trying to work it all out. We're still a pretty small operation, so I'm not sure we can afford the trip, but we're looking into it.
I think live performances are the most important way for music to be experienced, and the smaller and more intimate, the better.

What are your plans for the future? Are you going to write and record a new solo album soon?
Well, I've already got a new solo record finished. We recorded it back in August of 2009, but aren't sure yet when it'll be released, maybe early next year. In the meantime, I'm planning to spend a lot of time with my family this summer, and to get a new bicycle.

Thanks so much for your questions - hope to see you in Italy sometime soon! 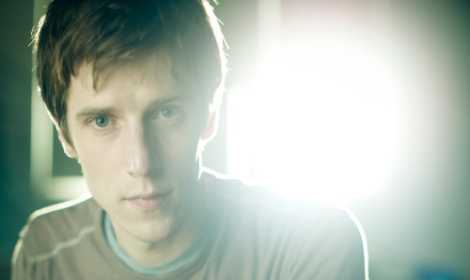 In The Cool Of The Day