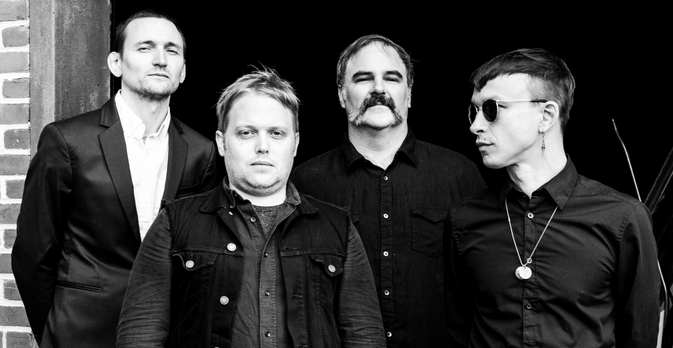 The Terrifying Here-and-Now of Noise-Rock

I think it’s safe to say that your reunion album was a huge success: on a personal level I had been really looking forward to it (and last November it was elected ‘album of the month’ on Ondarock), but many others were genuinely shocked by the sheer energy and the inspiration at the core of these new songs – indeed a bold statement on this new “dark age” we’re going through. Did you actually experience the urgency to get back in the studio?
I did, and I think the other members of Daughters did as well. To write, record, and release new music was our goal at the outset; recording being a primary interest of mine.

For what it’s worth, you may have noticed that “You Won’t Get What You Want” has been dominating the annual chart on Rateyourmusic.com since its release, late October 2018, ending up as #16 (as of now) for this decade. For one, I think it says a lot about the transversal impact of this album, affecting not only a specific niche of fans (noise-rock, post-hardcore) but also a whole new potential public. The question being: do you think your sound might be even more relevant now – in this particular historical moment – than it was before?
I suppose so. I see the album connect with listeners from a nearly disassociated vantage point, wondering how it could be happening at all. And, I haven't come to fully understand why, because I'm still in disbelief. This has been an entirely surreal and dreamlike sequence in my timeline; I'll be able to look back on these moments as a non-participant, playing it out like a movie. I have received commentary to your point though, that it's the right album at the right time; I find that to be a terrifying notion.

Currently there’s no other band sounding quite like yours: the basic elements of the first noise-rock wave are now perfectly blended with mathcore and tech-metal influences – especially in your nervous and obsessive refrains – making for a destructive but nonetheless exhilarating experience, probably on your part as well as ours. Is there a kind of ecstasy in this violent mix? Does it maybe help in exorcising the sinister realities it refers to?
I dislike “mathcore” and “tech-metal” and have strove for years to exemplify few or none of the traits found in those genres. I’m looking at the Wikipedia page for ‘mathcore’ now and we have very little to do with a majority of what’s listed. If there is anything structurally complex in our sound it's latent and rarely by design; I think of Daughters as having much more to do with Punk attitudes and basic rock tropes than any other music one might assume. It's mostly a coincidence that we exist alongside of these other bands.

You’ve played a bunch of US shows paired with fellow noise legends Wolf Eyes, as well as Dillinger Escape Plan, Dälek and more recent acts such as The Body and Lingua Ignota. What do you guys listen to, these days?
Mostly The Doors and Cleaners From Venus.

I sure hope you’ve come back to stay: will you be recording new stuff anytime soon?
Absolutely – it's why I am here.

You Wont Get What You Want