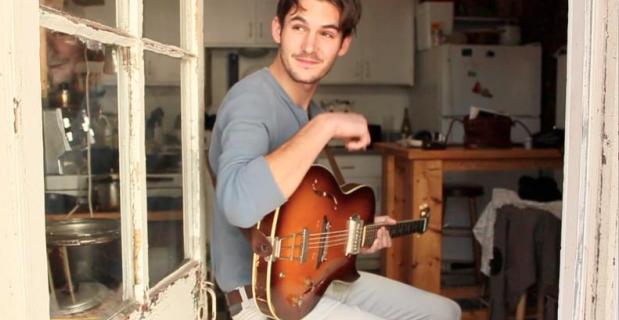 Inside the memory box

Defeating the ghost of mortality with a song. For David Simard it's the best way to not waste anything in life: "When the angels demand my head/ They might envy the life I've led", he declares in "Over Anything". His debut record, "Slower, Lower", was one of the most promising revelations in the Canadian singer-songwriter scene: a bunch of songs with the fascination of an out of time folk-cabaret. From the forests of British Columbia to the streets of Montréal, Simard tell us the story of a path without looking back.

The first song of your record is entitled "Memory Box", so let's open your personal memory box... You grew up in the northern coast of British Columbia: how those landscapes influenced your music?
I've always had a difficult time hearing any consistent landscape in my music. I've spent nearly as much time in Central and Eastern Canada as I have in the West at this point. I'm tempted to say that I'm a well-rounded Canadian, but I think a more apt description would be a real mongrel of a Canadian. Grew up with mountains, forest and ocean, spent my teenage years with rolling hills, corn fields and long hot summers, then moved to a metropolis with crazed cab drivers and fashionable shoes everywhere. But, I probably still have some pine needles in my hair.

Could you tell us something about the beginnings of your music path? When and how did you realize you wanted to be a musician?
Don't know, really. My mother always sang and so did I. Eventually I taught myself the guitar and haven't looked back since.

Now you live in the St. Henri neighbourhood of Montréal. What's your favourite thing about that city?
That's a tough question ... Montréal is a beautiful city with some really dirty fingernails. As far as cities go, she's just my type! St. Henri is one of the dirtier neighbourhoods, more working-class, with the train tracks and the old canal. It suits me and that's all I can hope to say.

The members of your backing band, the Da Da's, have a jazz background. How did you meet them and when did you decide to work together?
A mixture of shows played, craigslist ads, friends and late nights. I was tired of playing solo all the time and the band kind of grew up around me. 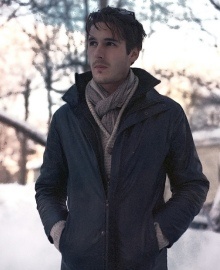 How was the recording process of the album?
We recorded almost all of the instruments live over four days in the front room of our apartment. Daniel, the drummer, worked as the engineer. Only the vocals and a few other instruments were added afterwards. A lot of the background vocals were recorded together, gathered around one stereo mic. It was a really comfortable and friendly process, which added a cohesion that I hope can be heard on the album.

You said that you called your record "Slower, Lower" because you spent a lot of time trying to find the right tempo or key for every song. In fact, your songs have often an elaborate structure. When do you feel that you finally found the identity of a song?
It's a relationship, really - you have to get to know it like a friend or a lover. Sometimes it takes much longer than you think and sometimes you're finishing each others' sentences after five minutes.

Every artist hates genre definitions, but do you think your music could be described as "folk cabaret"?
Sure!

How do you find the balance between basing your musical roots on tradition and trying to go beyond it?
It's fun and frustrating. Tradition is often confining, and our natural urge is to push the borders a little farther out. I usually follow that intuition.

In your songs there's often a sense of mortality. For you is it a way to live more intensely the reality?
Maybe. Mortality is an important thing to realize - fallibility too.

How do you live your relationship with live performances?
I always felt that my songs don't fully exist until they're being sung and being heard, so performance is very important to me. An audience is as valuable as the music in those moments.

If you could drive the DeLorean from "Back To The Future", which year (and place) would you choose for a time travel?
I don't want to go back, just forward with a couple old-fashioned ideas!

From the jewel box of his "old-fashioned future", David Simard has a gift for the OndaRock readers: an exclusive track in free download, the rough recording of a new song called "Rorschach". With its sense of intimacy and the warm touch of its keyboards, it's a perfect preview of the next horizons of his music. 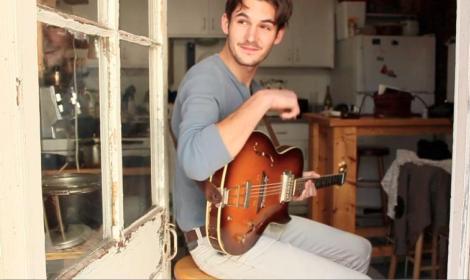