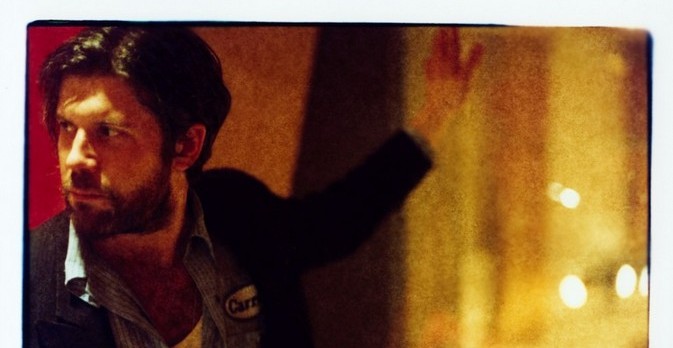 interview by Stefano Bartolotta
Tweet
Upon the release of his seventh album, "Furnaces", we had the opportunity to talk on the phone with Ed Harcourt. His answers hightlight the importance of the new incitements raised by the collaboration with such a clever producer as Flood, who pushed the artist's ambition to a high level.

I noticed, on this new album, not only a new style on the sound, but also on the melodies. I have the feeling that the melodic style is different from the past. So I'd like to ask you if, in the making of the album, you were inspired more by the melodies or by the sound.
To be honest, I don't know, but I like to think it's always been about melody, to me. I think that, for every song, if you can't sit down and play it on a piano or on a guitar, it's kind of failing. But I feel that this new album was about making the music first, and then came the melodies.

Taking about the songwriting, I like "Dyonisus", because I feel that there are more songs into one song, and this reminds me of "Beneath The Heart Of Darkness", because I think we can say the same thing about that song.
I think that's a little bit of prog-rock in both songs, they are like a collage, I put them together like a puzzle. "Dyonisus" took a while to come together, I played a lot of instruments on it, also drums at some point, and after a while I found the way to put the different parts together.

I noticed a different from the past also about vocals: most of the songs in the last part of the album are more similar to the past vocal-wise, but a lot of other songs are sung in a different way, your voice is stronger.
Well, my first album is from 2001, so my voice has necessarily changed. Maybe it sounds different from the previous albums just because I had some problems on my lungs and my chest during the recording sessions. Some songs were particularly hard to sing, so I had to stop and try to understand why they were being so hard, and I tried if I could put it down a key, also to get more character.

I really like the female voice in the chorus of "Occupational Hazard", can you tell me something about it?
Yes, thank you, that's my wife actually. We tried it with another female singer before, but it didn't work out, then my wife wanted to try and I immediately felt her voice had the perfect sound for that song. I like it also because it's quite personal, she sings "you see the danger in yourself" and it's my wife singing that line to me.

How was the work with the other musicians? I read the drummer from Warpaint played on the album, I think they are a fantastic band, and then there were other musicians.
To be honest, apart from Stella, the other musicians came towards the end of the making of the record. Stella came in for two or three days and did her drums part, and all the other contributions were done in one or two days. The most part it was just me and Flood and the sound engeneer. Most of the record is played by myself, I like to put my hands on a lot of instruments. When I play drums, I play behind the beat, quite loosely, and when I play guitars and piano, I kind of push.

In all the good records, the tracklist is very important. Did you pay attention to it?
To be honest, the tracklist was the hardest part, oh God. I think it took us about one month to geti t in order. We really wanted the record to be like a book, where you have a beginning, a middle and an end.

This looks like a record meant to be played live ony by a full band. Or maybe you'll be playing also some solo shows? If so, the songs will probably sound a lot different.
Well, if I'll have to play solo shows, I'll do it, and I already tried to play some of these songs with just guitar or piano, but, to be honest, I think you're right, it's definitely a record to be played by a full band. We did three or four show by now, and it was much fun, it's pretty hard especially to hold the voice, but it's loud, it's dark and it's beautiful.

I read what you wrote on Facebook about the title track, you say that it's about the U turn made by Cameron on environment, after he was elected. We can say that other English politicians did the same after the outcome of the recent referendum on Brexit...
What I'd like to say about that is that, basically, we've been lied to. In first place, the referendum should have never even happened, and then, the people who wanted to leave the EU, were told "oh don't worry, it will be fine, there will be no problems". About Cameron, I think he played a very clever game, and also Boris Johnson and Micheal Gove. They brought in the referendum, and Cameron was against it, and then basically they crashed a car into another car and ran off. They screwed over a lot of people, and also newspaper like The Daily mail, they did a propaganda based on false things. So, we voted out, and that's a democratic thing, but I think we were lied to. At the end of the day, it's only about egos and power games between politicians.

OK, let's go back to the music. I think that "Back Into The Woods" and this new record are your most uncompromising works. Of course they are very different, "Back Into The Woods" is very stripped down and this new one has a very detailed and strong sound, but I feel that you pushed your boundaries, in different senses, in these last two albums.
I feel I pushed my boundaries with this record. It took me three or four years to be made, and it's a collaboration between me and Flood. Every six months I gave him ten songs, and he just picked two out of them. I had someome pushing me, I had a mentor, for the first time. It was such a joy to finally have someone I could hand over control to, someone I trusted deeply and admired profoundly. I've been very, very lucky. It's an uncompromising record, but the songs are there, the melodies are there, and the chaos too.

Also "Back Into The Woods" is a kind of new exploration for you, even if very different from this new one.
Well, I already had the tracklist and I knew where I wanted the record to go even before I recorded it. We went into Studio 2 at Abbey Road at 8am and we finished recording exactly at 2am, with a bottle of whisky drunk. To be honest, it took me more time to face the logistical problems of recording in Abbey Road than the making of the album itself. I just wanted an album that could be played live, and I wanted to make it in one or two takes, and so I did.

Back Into The Woods