Forget what you remember, and remember again

Everyday the smoky London is an inexhaustible showcase of new artists, and it almost looks like a miracle to emerge from the big sea of artists coming from the English capital, especially if you are a shy folk songwriter who is little disposed to the unprincipled pushiness that seems to be necessary if you want to (happily?) live in the music biz. Thus some kind of web miracle must have happened when, some years ago, Ed Laurie was contacted by "the iTunes guys", who were so impressed by the songs the English songwriter had put on the net that they decided to ask him if he wanted to publish those songs in their digital shop. This gave birth to Ed's debut, "Meanwhile In The Park", a mini-album that showed the world the extraordinary skills of this talented as much as humble artist. Acclaimed by listeners and critics thanks to this album and to the following one, "Small Boat Big Sea...", released in 2009, Laurie comes back after three years with his third album, "Cathedral", out in Italy since few days. And while he is right now in our land to promote the album through a series of concerts, he traces back his story as an artist, from the first hesitant steps with the piano when he was a child to the all-accomplished improvisations of "Cathedral".

Let's start from a classic one. How was it all born? When did you realize that you wanted to be a musician? How did you move your first steps into music?
I went into music without much thought, perhaps more by accident at the beginning. There was a piano in our house so I played a bit... I started writing "songs" when I was a teenager - just the words and the voice. Then came the guitar.

How would you describe your music?
When I listen to "my" music I don't hear anything that I can describe - only where I want to improve or change!

In your records you make a wide use of Spanish guitar, and some great guitarists from South
American folk music, like the Brazilian Baden-Powell and the Argentine Atahualpa Yupanqui, have sometimes been cited as an influence. How did you discover that music? How did it affect your songwriting?
I discovered these artists in music shops by the covers of their records - I saw pictures of them, older men with faces that have lived lives, with guitars to hand. Those images appealed to me... and their guitar styles are unique. This has impact because you get to know the artist better when the "style" is his own.

Since the very beginning, you received a wide consensus for your songs and many enthusiastic feedbacks came after the publication of your first collection of songs, the mini-album "Meanwhile In The Park". I know that the digital release was highly encouraged by iTunes, and then Dangerbird came... How did it all happen? What were your feelings about it?
It was all through music executives hearing these songs on the internet - I had no idea how they came across them, and at the time who they were... so I was excited to know that despite my cynicism toward the music industry, I had a chance to make a career from my work. It wasn't a good fit with Dangerbird because we were coming from very different places, but I am very grateful for the initial support from them.

Someone recently defined the title-track from "Meanwhile In The Park" as "one of the best songs in the 00s", and I can't help but agree. How was it born (speaking about both music and lyrics)? What does it stand for?
Well that's very flattering. This song was born over some time... the words and music came quick, one night, but the "style" within which to set the song, or the armour to put on it, took time to find... the lyrics to the song are what its about - there is no hidden meaning. 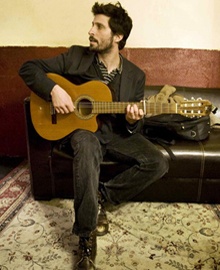 Another popular song from that album, "Albert", is inspired by and dedicated to the French writer Albert Camus. In general, how much influence does literature have on your lyrics? What aspects in a poem or a book do impress you most?
Book/Plays titles really influence me - like "The Heart Is A Lonely Hunter", or "Waiting For
Godot" - where the title suggests the narrative must lead. As a songwriter I need an objective,
place to arrive or come from. Otherwise I have no reason to sing!
What are your favourite readings? Who are your favourite writers?
Beckett, Kafka, McCullers, Joyce... this kind of literature.

In 2009 your released your first full-length, "Small Boat Big Sea...". What were your expectations about it? You received a good critical acclaim for that album, but what about your feelings? Were you satisfied with the result?
It is just as important to feel satisfied enough with your work to continue, as it is unsatisfied.
Albert Camus daughter got in contact with me when she heard the song "Albert", which was very rewarding - I have the French release of this record to thank for that...

You co-produced many of the songs in "Small Boat" with the Italian jazz drummer and
percussionist Andrea Polato, and now he also has the big "responsibility" of having provided the "landscape" for you latest album, "Cathedral", that was mainly recorded in his hometown, Bolzano, in Northern Italy. How did you guys meet?
We met in London through mutual friends on a bread market I worked on... and played in a band together and on many different styles of music before "arriving" here with this album.

The recordings of seven out of the ten songs included in "Cathedral" were made "on the go": no previous rehearsal, no click-track, no defined idea of where the musical passages and phrases could bring you and the guys while recording the songs. Even some of the lyrics came to you during the six-days session you made in Bolzano. So improvisation is one of the most peculiar aspects of this album. Why did you decide to make such an unusual and "unfashionable" choice?
"Astral Weeks" by Van Morrison was the record that took hold of me at this time. This is a largely improvised record... I was improvising more and more when I played solo shows live... to keep me alert. So it was the time to try to do the same in the "studio".

For many aspects, this album is quite far from your previous production. What are its main
features? How would you describe its sound?
Well the differences are as you said above... no click, rehearsals, etc... the sound is the recording of where we were and what we knew at the time.

The title of the album, "Cathedral", comes from Bolzano's main cathedral that stands close to the theatre where you guys recorded the songs. Did its overshadowing presence have any weight on the "mystical" atmosphere that can be perceived in the album?
Not until our last day of live recording did we hear the Cathedral bells through the walls of our "studio", which was strange: we had just finished the title track "Cathedral". Why we hadn't noticed them before is a mystery - they should have been picked up on the recordings with the mics, but they hadn't! immediately we ran out and recorded them on a mini disc. Then we put them into the track, randomly at the end just to hear if they were in a good enough pitch etc ... and we left them there, no editing, just as they are.

The Swiss violinist Raphaël Chevalier and many Italian musicians (locally met when you came to Bolzano) play in this album. How was it like to work day and night with all these people in the backstage of a theatre, immersed in what sounds like a very friendly atmosphere?
Mostly it was easy, but there were tensions because no one really knew if what we were doing was going to "work".

You are now on tour, promoting the new album in Europe. Right in these days you are in (a
snowy!) Italy, for a series of concerts. How is it going?
Well its very cold... but the crowds are very warm! 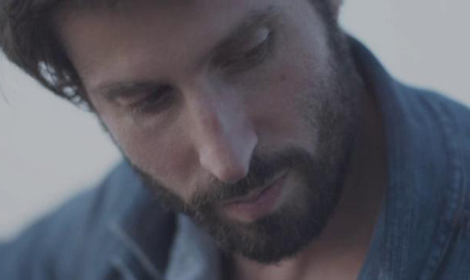 Meanwhile In The Park