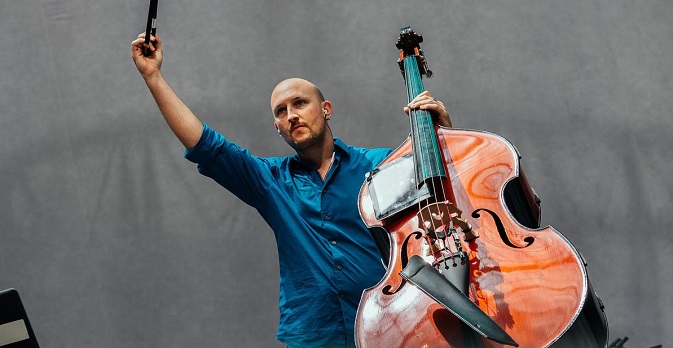 interview by Francesco Nunziata
Tweet
Intrigued by his synthesis of electroacoustics, chamber-music and post-minimalism, which reached appreciable levels with the release of "Ritournelles"/"Mosaïques", two albums that represent "a wide-ranging work in two parts", we interviewed the French double bass player and composer Florent Ghys, who kindly and thoroughly answered our many questions. 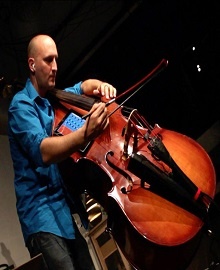 So, Florent, I would say it is appropriate to start from your musical training ... Tell us a little about how you approached music and why you chose the double bass as your main instrument.
I started by playing the classical guitar at age 5. Tired of playing classical music while I was listening to techno and hard rock, I switched to the electric guitar at 12. While playing in a rock band in high school, I had to show our terrible bass player how to play the bass lines and I started to love the feeling of playing a lower-register instrument. I eventually switched to the electric bass later on, enjoying not only the low register but also its function of background and foundational instrument. That’s only when I went to the university of musicology of Bordeaux that I switched to the upright bass at 18, studying at the conservatoire with the amazing Jean-Paul Macé. The double bass has been my main instrument since then.

Has there been any composer, both in the rock and classical fields, who particularly inspired you?
Well, there were many! I’ve always been a huge fan of Indian sarangi player Pandit Ram Narayan and of Egyptian composer Baligh Hamdi. In the “rock field” I guess I listened to, and still listen to, bands such as Sonic Youth, Tortoise, Battles, and Silver Mount Zion. In terms of Western Classical Music: Arvo Pärt, Steve Reich, Meredith Monk, and well as the Bang on a Can composers, Julia Wolfe, Michael Gordon, and David Lang. But I also listen to a lot of hip-hop, trap, rap, electronica, ambient, dancehall, dub, techno, and grime!

On your personal website, in your biographical note, you write that you "make music with double basses, computers, images, weather reports, and other artefacts that I am drawn to". Very intriguing! Do you want to better illustrate your passion for "weather reports, and other artefacts"?
I’ve always loved the idea of creating with material that is not intended to be used in a creation. There is something fascinating that happens when using something functional such as a weather report and placing it at the center of an art piece. There is a new dichotomy between what we expect to find in art and this manifestation of mundanity. There is also the contrast between a “serious” piece, very carefully crafted, and the absurdity of these mundane materials I use. I love when I see the audience wanting to laugh but not knowing if they should laugh or not.

Your goal is to "create works that aim to be both experimental and accessible". By any chance, is yours also a protest against a certain cold, detached and vaguely incomprehensible musical avant-garde?
It’s not really a reaction against any kind of art. If artists want to do super weird stuff, that’s great. My intent is more to make my music accessible to people because most of my family and my old friends are not musicians. I want them to be able to appreciate my music without having to read books of instructions. What I’m looking for is a “it’s a bit strange but I like it” comment. 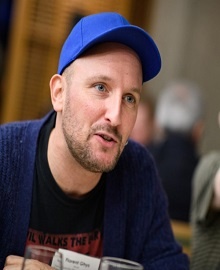 This other statement of yours is also very interesting: "My music is often situated at the intersection between humor and seriousness" ...
Yeah, I mentioned that point in an earlier question. I love the contradiction between a very sad music and videos of cute cats meowing, or between a stupid video of a youtuber explaining how to make our music better and an intricate rhythmic counterpoint. I guess this point could be a reaction against composers who take themselves too seriously.

You are also a creator of "audiovisual pieces". Where does your passion for the audiovisual medium come from? By the way, one of your albums is called "Télévision" (2014).
I was an MTV kid. I grew up spending hours watching music videos on this TV channel. My favorite directors were Michel Gondry and Chris Cunningham. As soon as digital video started to become accessible on personal computers, I started making stuff up. I’ve always loved super synchronized video and images, so that’s what I’m doing now!

Let's talk about your latest albums, "Ritournelles" & "Mosaïques". Should we consider them two separate albums or a double album? Or what else?
It’s really two sides of the same album. These two sides were definitely a part of the same creative gesture. It’s just that they manifest in two distinct ways: one has no words and no video while the other uses words, voices, and videos.

In these last two albums of yours, your music seems to have veered towards a more pronounced electronic-digital research. I'm wrong?
You’re not. I’ve always done a few pieces that could relate to the “electronic music” label. But I am not interested in synthesis, whether it is audio or video synthesis. Instead, I own beautiful sounding instruments – double basses, guitars, cello, and other strings – and I want to make electronic music with these acoustic sounds. Actually, one of the main focus of this new album has been to find a fine line between acoustic and electronic and to confuse the listener about what’s real and what’s not.

I also really liked the use of voices in your music. How do you relate to what is the most "intimate" and ultimately important instrument of man... the voice, precisely? Do you have any particular references in this area?
Most of the voices on this album are sampled. I’ve recorded a few friends, note by note, and used them as any other material. So, to answer your question, no I don’t necessarily relate to the voice. I am a terrible singer, I don’t know how to write songs, I just like the timber of a human voice. Some references here could be Aphex Twin’s "To Cure A Weakling Child", and Jonathan Harvey’s "Mortuos Plango Vivos Voco". 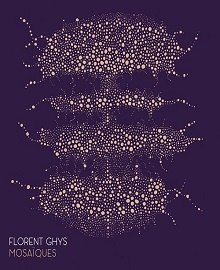 How much did the period of the lockdown caused by the Covid-19 pandemic affect your perception of the world and music?
A lot. It’s hard to figure out where to start. I think it affected us all in many ways and I’m really glad we’re almost out of it. Frankly, I’d rather not talk about these dark times.

Between "Ritournelles" and "Mosaïques", my favorite is the latter. It is both on average more experimental and accomplished. Of course, you will say that you love them both ... Is that so?
Of course, I like them both! It’s like if I had twins and had to choose between one of them; impossible! That said, Ritournelles is more in line with the music I’ve done in the past. It’s an album that’s easy to listen to, one that my parents enjoy playing in their living room while having a conversation. Mosaïques requires a different level of attention in which you need to watch the videos to understand fully what’s going on. It's trying new ideas and is a bit more experimental.

You are essentially a double bass player. How much is there still to explore, in terms of its interaction with electronic music, of this instrument?
There is still a lot to explore. For example, I’ve just discovered a pedal that greatly improves the sound of my bass’ pickup. And I’m now playing concerts with a 5-string bass that has a low C string, opening up the register to very low frequencies. Also, computers are getting better every year and it’s now becoming possible to play with interactive and pretty intensive audio programs while generating video in real-time.

How has your music evolved over time? In short, if you look at your first works, what has changed and what, on the other hand, always remains there fixed in the background?
We always think that we change but there is always a part of us that remains permanent, right? When I listen to my mockups from my high school rock band, I still hear myself even though I’ve tremendously evolved since then.

Did you also work on film music?
I’ve done it. What works best usually is when directors know and like my music already. I wouldn’t be a good John Williams type of film composer. 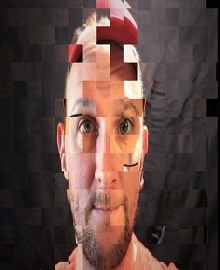 What characteristics should a musical composition have to be effective "within" the cinematographic medium?
I am not a person who says what artists should and should not do. This is what’s great about creation: there are no rules. As long as it sounds good and looks good, it works for me.

What are your plans for the near future?
I have started expanding the sample library of my instruments, adding many guitars, electric guitars, more double bass techniques, electric bass, and other strings. I am in the process of buying an Indian dilruba and learning this instrument. I am also expanding my library of video samples with washing machines and various noisy machines, videos I shot in a plane, videos of a terribly out-of-tune old piano, famous pop singers, and random people on YouTube. I have also recorded enough material to release at least two new albums, so I’ll probably release these in the near future.