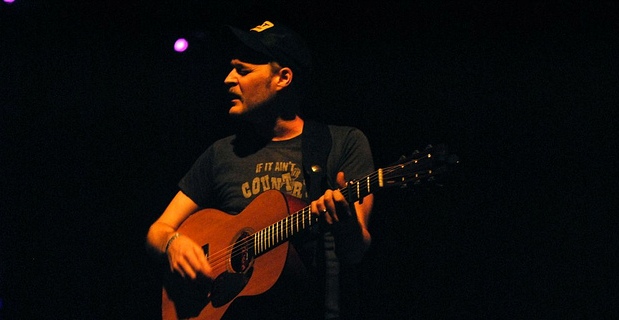 You are a scholar of folklore and vernacular culture. How do your studies influence your work as an artist?
I don’t approach my musical work as a scholar or academic. That is one aspect about Hiss Golden Messenger that his been misrepresented, though I can understand why. I am not interested in dealing with music clinically—as some academics are wont to do—whatsoever. In my opinion that is destructive and degrading to music. Despite the fact that I spent several years doing public folklore work—which means I was hired to record regional musicians on a county-by-county basis throughout the eastern part of North Carolina—I could not now identify a single traditional fiddle or guitar tune by ear. However, I did learn how to be a better listener, and I made it my personal mission to understand what it was that made the most moving music that I recorded so compelling. That continues to be my biggest lesson and goal.

Paradise of Bachelors defines “Haw” as your most challenging and ambitious record to date. Do you agree with that? Do you have the feeling you are evolving, as an artist and a musician?
If listeners feel that Haw is my most challenging and ambitious record, then I think that is good and fine and I would not disabuse anyone of that idea. Music is subjective. I personally feel that these records that I make now are way-stations on a very personal journey, and all of them are harrowing and joyful for different reasons. It’s interesting that people like them. I wouldn’t be so disingenuous as to suggest that outside listeners play absolutely no role in the way that I think about my own music, but I am making music primarily for myself and my family and friends.

I am musical polyglot/omnivore, and I see no reason why I shouldn’t or can’t reference Waylon Jennings and Pharoah Sanders in the same song—they were both Americans, they both played music of the earth.  I work intensely to make sure that I don’t repeat myself—not so much musically, but emotionally. I’m looking to convey a precise emotion to myself when I sing. But emotions are so complex and multifaceted. I always feel like I have a lot of work to do and as though I’ve accomplished very little.

They also refer to springtime lyrical themes: regeneration, life cycle and so on. How would you describe the new record, lyrically and musically? Are the references to Christianity just a corollary of tradition or a precise choice?
The Bible is a book of rules and stories that I, as an American, am familiar with. I am not a believer—that should be obvious from my music. But I am deeply interested in understanding my relationship to faith, hence the discussion of Biblical prophets and travellers. I have never sung anything on any Hiss Golden Messenger record that was an unequivocal celebration of Christianity. I believe organized religion has the capacity to bring great happiness and fraternity to the world, and a feeling of safety and usefulness. And it can also do the opposite.

I am interested in the seasonality of music, yes. I attempt, whenever possible, to schedule the releases of records according to the mood that feels evident on the record. "Poor Moon" felt like an autumn record, and we released it in November. Haw, for all of its darkness, feels like a record for the springtime. There is a certain brightness to it. 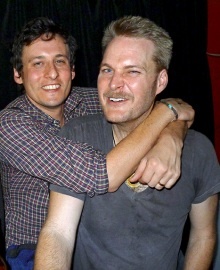 Your musical ideas seem to deviate and converge to what one – or I, at least - would expect from a “roots” record. What was your aim, to this respect?
Our goal—Scott Hirsch and I—has always been to be able to play certain styles of American music, country, primarily, well enough to subvert it and bend it to our own musical will. To own it, to have our own singular voice within those realms. We understand how to make a record now that gathers what we love best about ‘roots’ music and make it serve our emotional needs without being false. Does that make sense? We’re not interested in perfection, in technical virtuosity. That has no bearing on what we do.

How did Scott Hirsch, your lifelong collaborator, help you to shape the music of “Poor Moon” and “Haw” and of Hiss Golden Messenger in general?
I write alone, almost always, but Scott is always the first to hear the songs. Together we figure out arrangements, instrumentation, rhythmic arrangement. We’ve honestly spent so much time together that it’s hard to articulate who is doing what, honestly. He’s a very, very good friend, and I am always, to this day, really, really excited to get together with him. Scott and his wife, Emily, just had their first child—a baby girl named Issa—early this morning, so it’s a very exciting and emotion time for me, and especially for them!

From a folklorist’s point of view and to a non-American audience, how much of real “folk music” is there in the current American scene? Is “folklore” a stationary or an evolving concept? Can something be part of folklore without being popular?
I have no idea. I try not to think about things like this very much. I don’t know what ‘real’ means. There is no authentic. That is a category invented by self-appointed gatekeepers of culture.

I appreciated a lot the split you did with Elephant Micah – I think you are the true spearhead of American roots music. Can you tell us about your relationship?
Joe O’Connell and I played our first show together when he was 17 (I am a few years older than him). It was apparent even then that he was a huge, huge talent. We stayed in loose contact for many years and were eventually reconnected in full by our mutual friend Nathan Salsburg. It’s always a big event in our house when Joe puts a new record out, and I’m fairly certain that it’s just the tip of the iceberg with him. He seems to be a deep river.

In “Haw”, as well as in “Poor Moon”, a lot of environmental sounds appear – birds, an approaching storm, the sound of the night, barking dogs, and so on. Is there a statement you’re trying to make, or is it a simple “instrument” choice?
Sure, I guess we’re trying to convey that the music that we make comes from our homes, which it does. Which just stick the microphone out the window, that’s all that is. It’s a loaded idea, to insert those sounds into a record, but for myself, I know all those sounds so well. For instance, the barking dog on “Hark Maker” is a sound I knew so well. And that dog frankly annoyed me, but it was also a sound that made me know I was home, and it felt right to have it on the record.

What is your live setup for this record? Are you planning a full band tour, at least in the States?
I always want to do a full-band tour, but it can be hard financially. We’ll see. If I have to choose between touring with a band or recording (both activities require money), I’d most likely choose the latter.

Can you give us a quick breakthrough of your quite diverse production, for someone who never heard of you? Where would you have him start from?
Start with “Bad Debt” and work your way up to the present.