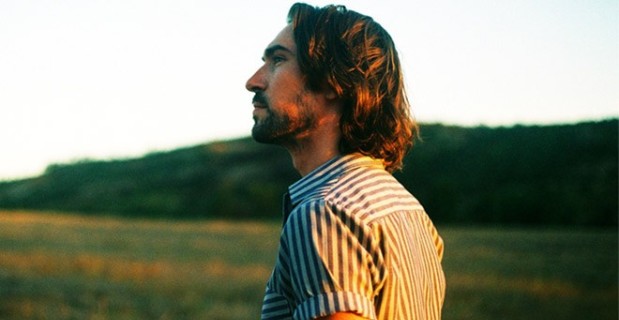 At the boundary between life and dreams

interview by Lorenzo Righetto, Antonino Branca
Tweet
In this solo career, you have taken quite a different path from your previous experience
with Snowman. But you also started when the band was still together. How was it to change
completely your music style, and did you know from the beginning that you were not writing
songs for Snowman?
I knew that these songs were different to the songs of Snowman. These songs behaved as an escape route from Snowman. They were something that I hid from the others in order to have some kind of separate expression. I knew they needed to be played purely by me and composed purely by me as they are deeply personal songs.
They deal with my childhood and my sense of longing and loss for the place I grew up. I felt that they needed to be quiet, cathartic and healing pieces of music, and I new that within Snowman's restrictions that I couldn't achieve that kind of mood.

“Burning Boy” deals in a very evocative and disquieting way with the past, in a very plastic description of memories. Your biography also states that you wrote the songs in London. What was the main creative engine of your work? Was it simply nostalgia, or also an expression of a big change in your music “career”, a picture of Snowman breaking up?
I was in a very tumultuous phase in my life. My band was crumbling around me as well as my relationship with my partner at the time. I also felt very isolated and lost in London. I longed for some kind of warmth and the comfort of my past. I wanted to get back to those times and places. These songs were transcendental in that way. A way for me to transport myself to a place that no longer existed. Capturing that feeling of longing and loss was my main goal. I think music should try to always communicate something that is otherwise un-communicatable. That is the role of music to me. To speak in ways that words simply cannot.

The sheer intensity of the record makes me fear that it might be a “one-shot” type of work, originated from a very specific situation. Do you see this solo career as long-term project, instead?
I will continue to compose and release music under my name from now on. I don't want to hide behind a pseudonym anymore. I want to be fearless in that regard. I suppose by releasing things under my name, people assume that it will have a fixed sound, but I am restless by nature and will always be searching for more meaning in music. I will always strive to communicate something which I've not said before. I would like to be more prolific, however. I want my albums to be like an archiving of my mental state at any given time. A window into my imagination.

You came home (Darling Ranges, south of Perth) to record the songs for “Burning Boy”. Did your home environment push you to shape them further?
When I returned home I realised that things did not exist in the way that I remembered them. There was comfort but also a sense of discomfort in that uncertainty and insecurity. Change is inevitable of course. I finished most of the songs back in London, but some were finished as I returned to Melbourne then Perth. I felt as though I was bringing the songs to their rightful birthplace. It's always important for a traveling artist like myself to remind themselves of where the creative spark began. I felt as though I was taking my children home to where i grew up.

What we find particularly interesting and fascinating about your record is the range of nuances of the songs, which show a different side of them at each listen. What would you indicate as the inspiration background of “Burning Boy”? David Sylvian seems an obvious reference, but a colleague of ours has seen in it “a lost album of Californian 60s/70s psych-folk”…
I'd not listened to David Sylvian until after I had recorded the album. People have brought him up on a number if occasions. I can see the similarities. It's nice to know that there are people out there who think on a similar wavelength to me. I am certainly inspired by American psych folk music and latin American tropicalia music of the 60's and 70's. But I think I connect more with the European school of psychedelic music. Robert Wyatt, Scott Walker and the like. Mostly i wanted to communicate something that was honest to me, an Australian via Europe kind of sound. I grew up confused about my nationality. I felt English in Australia and Australian in England. I never truly belonged. I suppose that's where my 'outsider' kind of mentality comes from.

Part of these nuances feeling is due not only to composition, arrangements and interpretation, but also to production. Do you try to recreate the same atmosphere in a live setting?
I present the songs in a more stripped back manner, live. Although they are swimming in reverb, delays, feedback and loops. I build layers upon layers, but also use silence as an important tool to seduce the listener. I like to draw people in with silence rather than bludgeon them with volume. I like to bridge the gap between audience member and performer by immersing myself in the crowd. I don't like the idea of dividing the audience from the performer. I like to share the experience on an even level. It is important that the venue is an intimate space rather than a pub or club. I often have guests playing with me. Different people in each city. Sometimes violin players, synth players or percussionists. 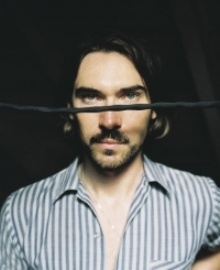 An important part of your expression as an artist, of what is called in pompous terms your “poetics”, is the concept of dream. There was a strong dreamlike element, for instance, in Snowman tunes. Was it you to add that oneiric contribution to your former band's music?
Well, I wrote 98 percent of the lyrics and music in Snowman to be completely honest. The contribution of the others was vital and they helped with the arrangements, but the initial concepts and songs themselves always began with me. I've always been attracted to the land of the surreal. Dreams play an important part in my life. I have dreams that influence the way I live. I have dreams which seem to act as prophecies. I am a dreamer by nature. I like to explore the endless universe inside my head. It's wonderful place to explore, the unknown. I am always attracted to the things I don't understand. Music is a way for me to try to understand these things. A song is a dream in itself. A reverie.

In “Burning Boy” I find, though, a very emotional and thus more earthly attitude. Do you find yourself at ease with this picture? Is this what you wanted to express in your solo record and did it change from Snowman experiences?
The name "Burning Boy" comes from the idea of burning off land in order to replenish it. This album is a burning off of my childhood in order to move forward. It's about starting again from a clean slate. On my own. I wanted to strip all the anger away and focus my energy into searching for answers. I'm still searching. I probably always will be.

There is also a great sense of the theatrical, of the lyric in "Burning Boy". What, in your mind, is the setting, the scenography of your songs?
The setting is the memory of the place in which I grew up. But from a future perspective, with the benefit of hindsight, through rose coloured glasses and in a dreamlike state from the other side of the world.

Would it right saying that you are a careful listener of certain 4AD expressions, above all that project called "This Mortal Coil"?
I was working in a kitchen for a French restaurant at the age of sixteen. The chef was from Paris. At first he seemed like a harsh man, but when he learned of my fascination with music, he really opened up and shared some wonderful music with me. He was the first person to introduce me to the 4AD label and artists like The Cocteau Twins, This Mortal Coil and Dead Can Dance. I was enthralled by these sounds and inevitably they are present in my work as they were a formative part of my music listening youth. I remember hearing Song To The Siren by This Mortal Coil in the David Lynch film, Lost Highway. Everything seemed to make sense in that moment. I love connecting the dots and finding the parallels between different art forms.