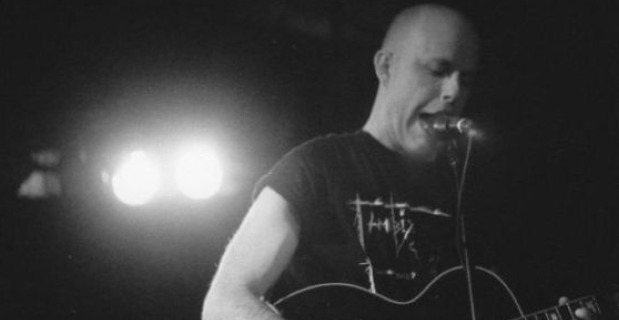 Folk music from the Australian forest

How did Lakes start? In which bands did you play before?
Lakes Started in 2002 because I wanted to get out of playing in a band situation, mainly to get away from working with other people! I also wanted to start something that had minimal equipment that could go on tour and travel easily. Initially Lakes was just a keyboard, noise and drum machines, only because that's what I had available, I was very much into using what was around me and what I had access to. I had played around in quite a few bands before I started lakes. I started playing drums in bands when I was 15 in Hobart, Tasmania. But in years leading up to starting Lakes I was in a band called The Vivian Girls that existed from '99-2001, I was the singing drummer. It was very influenced by the little bands of Australian Post-Punk and some English goth and new wave. We did one split 7" and a full length album. In the end that band had a lot of problems and we broke up. I had had enough of being in a band and playing drums so I started Lakes.

Why did you choose to call your music project Lakes?
I wanted to have a name that was a bit ambiguous and to reference something from nature. I was driving in Tasmania and saw a sign with Lakes on it, and it just clicked as a good name that no one seemed to have. It was simple and minimal but could also hold meaning once the music started being made. A Lake can be isolated, cold and dark so it fitted with what I wanted to do.

What is the concept behind Lakes' lyrics?
Some of my lyrics relate to my own personal experiences with love and esoterica, but there are all sorts of things that can trigger a song and these moments have gone into lyrics I've written. I've never really let anyone read my lyrics, I like people to figure it out for themselves, using the song titles and the words they can hear as a guide to working it all out. I like that lakes lyrics are abstract and ambiguous, hence the ambiguous answer!

Who are your musical legends and, in someway, how they have influenced your songwriting?
As far as a Lakes goes, It pretty much started as a post-punk solo project but very soon into that I was informed by the dark psyche-folk of bands like The Incredible String Band, Comus, Pentangle, Forest and bands of that nature. And through that, the next step was to delve into stuff like Current 93 and Death in June, who were also influenced by some of those bands, so it was the most logical step for me to dive right into that world. I also loved bands like This Heat and Art Bears, I actually did and Art Bears cover on my very first LP. So all those bands are legends to me. I also love NZ band This Kind of Punishment, they are a band I really looked up to when starting lakes and also fellow NZ'er Alister Galbraith, it's great dark stuff! I feel like Lakes has kept it's psychedelic and post-punk roots intact but added a few things into the mix along the way. But everything I have been into over the course of my life has influenced me, it all manages to creep into the brain somehow and affect my song writing.

How did you get in touch with the italian label Avant?
I made contact with Andrea when my record Winter's Blade came out. He responded nicely and we sparked up an email friendship then I met him in person in Italy in 2012. I was having trouble getting 'Blood of the Grove' released so I sent it to him and asked him of he wanted to release it, thankfully he said yes. AVANT! is a fantastic label that works hard for it's bands, so I'm grateful to be apart of that.

What can you say about the cover picture of this new lp?
I was talking about this with my friend Daniel from Distort magazine. We were analysing my choice of cover art, to me it was a sub conscious choice and i hadn't thought much about it, other than I was very attracted to the image, It's from a book on Imperial Rome. I had also been collecting books of this kind and I just kept finding them, or they were finding me! But after further talks with Daniel about it we realized that it was to do with a moment of lakes becoming something different, that I was perhaps taking a more dominating approach, not to anything outside of lakes, but within itself, directing it's energy in the right way and making it a stronger.

Douglas P., one of the key figures of the neofolk movement, has been living in Australia for some years. Have you ever met him? What do you think of his latest works?
I went to Sydney to see DIJ in 2011 and introduced myself and we chatted a bit after the concert. He is someone who's approach to music and aesthetics I really admire, so it was incredible to met him in the living flesh. I was really impressed with the 'Snow Bunker Tapes' it created a whole new dimension to the 'Peaceful Snow' record, which I also really loved. Rule of Thirds is one of my favorite Death in June records, so I'm a real fan of his later works.

Are you planning new European or American tours?
I don't have any plans at the moment for touring. Europe in 2012 was an amazing time for Lakes and we hope to return sometime in the future. The U.S would be good, but no plans yet!

What does it mean to play music for you?
Music has been in my life since I can remember, so it means a lot to me. It's the most direct way for me to be creative and it's rewarding in so many different ways. I feel lucky and grateful that i have amazing collaborators, i like that aspect of it now, before I didn't like working with other people, I was too stubborn about being self sufficient, but now I can't imagine lakes without it's collaborators.

Blood Of The Grove