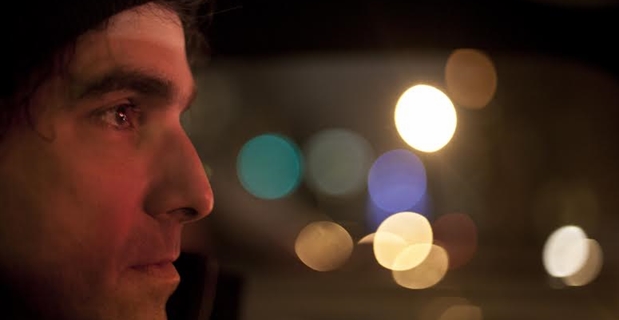 Explorations of the soul

I apologize for starting with such a lame question, but I am quite curious about the name of the project. What’s in these two authors’ correspondence that inspired you so?
Aside from being a pun on the American explorers, I admire both writers.  Especially because they come from different perspectives and found a common ground. They sparked important questions, almost premonitions, about technology. Will our society be advanced or destroyed by it?

Your first record, even though more “traditional” with respect to your following outputs, already showed a very mature songwriting. Can you tell us about your first steps as a musician and how your musical palette has been enriched during the Lewis & Clarke years?
I write what I feel, and that can span a range of emotions that are sometimes simple, sometimes complex. Anyone who has a task before them is going to learn a new skill set and how to use the tools of the trade. Over time, you learn about your craft and you become in touch with better ways to express yourself through your output. The goal is to connect at a deep level with people who experience it. I gravitate toward music that does the same, and it’s opened me up to so much good music.

Can you name a song not by you with which you would describe Lewis & Clarke’s music, or maybe what you would like it to be?
No, not one song.  It’s too abstract a concept for just one song.  There’s a song you know you love but can’t quite remember where you heard it. Maybe it’s music you heard in a dream, but it’s both new and familiar at once.

You describe your last record, “Triumvirate”, with these words: “"If you equate the act of climbing a mountain as solving a puzzle, the album name is also a metaphor for solving a moving puzzle and moving forward". Can you elaborate on that? Is that a strictly personal or a more general statement, in your mind?
“Triumvirate”, besides being a reference to a political trio, is the name of a 300 foot cliff face near my home that looms above the Delaware River. It’s possible to climb the cliff if you keep your head clear and don’t look down. It’s a statement about keeping a cool head and being positive.

Listening to your previous, beautiful discography, I get the feeling that “Triumvirate” represents the sublime realization of what you’d been building before. Your singing and songwriting sound incredibily focused. Do you feel the same?
Yes, I do. I felt that part of the focus was allowing for time to breathe. I mean that in both the record’s creation as well as its length. It’s about arrival. It’s also why I allowed the record to have a running time of over an hour, so all of the musicians and concepts could have time to develop the ideas thoroughly.

“Triumvirate” has stunning arrangements, somehow more elaborate and luscious than in the past. Is this the result of your precise choice or of different, more spread-out collaborations with other musicians?
It wasn’t a precise choice. Eve Miller (namesake of “Eve’s Wing”) was away for extended periods and unable to collaborate on the record. Her cello is an undeniable voice that I had to work without. Ian O’Hara offered to work on string compositions, which have very interesting moving parts. It was because of Eve’s absence that Ian and I took that direction.  Thus, we enlisted Mollibeth Cox and Gretchen Lohse, who both contributed very beautiful and interesting violin and viola parts. We asked them to play the written parts, then to improvise with their own intuition. It worked.

Can you tell us a bit about the composition of “Triumvirate”? In general, do you write songs starting from guitar or piano parts? The album sounds incredibly coherent, can you tell us about the period in which “Triumvirate” songs were created?
I wrote the main parts either on guitar or piano, along with vocal melodies. Then Ian and Iwould come up with counter-melodies. From there, we would arrange and rehearse with Shane (O’Hara) on drums and make a demo recording. Then Ian and I would add our string / woodwind arrangements accordingly. The whole time I was going through my lyric book, connecting themes, meter and melody.

It was a difficult time in which I was going through family issues and feeling incredibly isolated from having been releasing records and touring. I was cherishing my time at home and raising my son, but I knew the longer I was out of the game, it would be more difficult to jump back in. That’s partially due to our technological state of immediacy. I decided to discard what was traditional and expected, and do only what I wanted on my own terms and schedule. I would create only what I wanted to and be content with where I was.  It was a struggle at first, but soon it all became clear.

What is incredible about the record is also its length – I would say its “vastness”, it feels like it hosts a whole, undiscovered world. Did you have in mind to make it that way or was it a gradual evolution?
It was an evolution sparked by the choice to not have boundaries. It was a bit dangerous looking back, because when you work with that kind of length it’s easy to become bloated or self-indulgent.  But in the moment, I saw no other choice but to make Triumvirate as it wanted to be made.

I get the same feeling I get from your music from your lyrics, which are equally passionate and layered. How are the two – arrangements and lyrics – influencing each other?
Yes, they each listen and contribute to what the other is saying in their own voices.

The record is very rich and the arrangements often “speak for themselves”. What is your live lineup at the moment? Are you comfortable playing the songs solo?
I’m joined by Ian O’Hara (keys, synth), Shane O’Hara (drums), and Anthony Lavdanski (Double Bass). I’m very pleased with how we represent the recorded music, we also expand upon it and move it to different places. I’m getting better at enjoying the solo experience when necessary.  I miss the interplay because a lot of meaning within the music is carried out in the way the instruments relate to one another.  Performing solo allows me to dive into old favourites or songs that I’ve been stashing away for a rainy day.