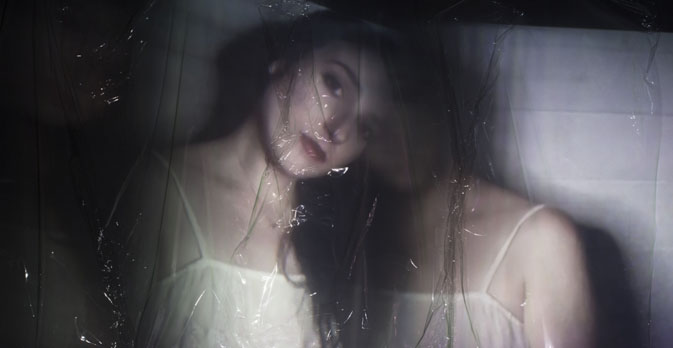 On the path of the clouds

Your latest album “The Path Of The Clouds” was recorded during the pandemic. How did it affect your work?

Yes, it certainly was. It gave me the time to work on the lyrics and melodies, as well as structure, on my own timeline. I was able to lose myself in the world of the songs in a way that recording in a traditional studio hasn’t done. There wasn’t a lot that I was seeing on a day to day basis, but I have a very active imagination and really tried to push the walls out.

Some of the songs are influenced by the “Unsolved Mysteries” tv series. What did you especially like of these stories? And some stories are about people who have mysteriously disappeared... Is it really possibile they survived, as you imagine in your songs?

That show as well as others, and in general true tales of real people, big and small. I’m captivated by the stories, and found them interesting enough to write songs about. You know, it’s hard to say for sure. Bessie is the one most likely to have survived, from a factual standpoint. As the story goes, someone even claimed to be her 50 years later. DB Cooper and the Alcatraz escapees? Far less likely in my opinion but still fun to think about. I like tales of unbelievable feats.

The title track is about the crazy story about D.B. Cooper... How did you hear about that?

I’ve known about D.B. Cooper for a while, as he’s kind of a legendary figure at this point. I can’t remember where I first heard about him, but my interest was reignited during his episode, and the idea came to write a song about him. At first those were just jumping off points. The songs about Bessie, DB Cooper, etc- well, they are actually multi-layered and really personal at the same time. The parallels are relatable.

Is it the first time you write your songs on piano? And how did you work with Jesse Chandler?

I wrote songs on July on the piano, but at the time I really didn’t know how to play. I took lessons with Jesse, and that helped me become more fluid with the writing. Though I don’t actually play the piano on the new album, I found composing to be exciting because of the different shapes and melodic sensibilities that a new instrument can present. Jesse and I met through Simon, during the Mercury Rev sing Bobbie Gentry record, and some dates I did with them.

There are many other important guests on the album, what did Emma Ruth Rundle, Simon Raymonde (Cocteau Twins) and the harpist Mary Lattimore add to you musical universe?

Simon and Mary play on the record the most. Emma makes a cameo on one song, “Turned into Air.” The thread that they all have in common is that they are great musicians and friends. They each offer different elements, and that’s why I asked them. Simon’s bass lines are particularly melodic, and he has a really unique way of playing. I’d collaborated with him before, on both Lost Horizons albums. I was thrilled that he played on these songs. Mary, a longtime friend, brings something very special to the table that few people can. She’s a masterful player with a very delicate and hypnotizing sensibility. And I love Emma’s slinky guitar on the song, and look forward to doing more with her in the future. We’re all friends.

Anyway, I think it's a very personal record. Is it the first time you self-produce your work too? How did it change your method of work?

All of my records are very personal records. But, yes, this is the first officially self produced album, though I’ve done a lot of co-production and home recordings prior to this album. I really enjoyed calling all of the shots, and really enjoyed seeing my vision through.

Why did you move to Nashville? And how do you feel living there?

It’s a long and personal story. I’m still figuring out whether I like it or not. The summers are very hot.

I really like your albums with Randall Dunn, that special “doom” and gloomy charm on your dreamy songs... Are you going to collaborate with him again in the future? And which among the records and the songs you made with him do you like most?

I also appreciated your collaboration with Stephen Brodsky in “Droneflower”. Do you think this experience made you consider also playing musical genres so far from your style?

Our collaboration happened organically. I didn’t consider this so far from my “style” at all- really. I wrote the lyrics and melodies and they definitely sound like my songs. The instrumentation is totally different, but to me, a song is a song. I guess I try, and have always tried, not to label myself too much- because I think as an artist that can really stunt growth. I would say that project was a beautiful flower off a branch in  the back of the garden.

I think your music has evolved many times in these last 20 years. In which do you think you have changed more through the years?

I’d like to think that between each record I have done is great change and growth. To stagnate is death to an artistic soul. I mean, the changes may be subtle, but I’m a big advocate of continuing to push one’s own limits. This new record feels like a significant jump for me in many directions. And the jump from my early work to July felt similarly. These two junctures.

Do you think you'll play live in Europe and Italy too?

Yes, of course. I’ve played live in Europe and Italy a lot over the past 20 years. As soon as it’s safe to do so, I plan on coming over and presenting the songs for my listeners.

Our webzine www.ondarock.it turns 20! Would you like to send us a message for this anniversary?

Well, that’s amazing! Congratulations, and thank you so much for the longtime support of my music. I hope that you continue to write about music with flair and passion.

The Path Of The Clouds

Songs 3: Bird On The Water

The Saga Of Mayflower May

06/10/2016
Due date in Italia per Marissa Nadler, sarà a Ravenna e Milano a dicembre