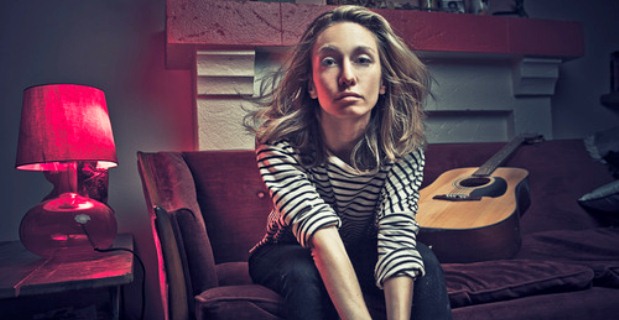 An inner apocalypse, for piano

In your latest record, “Memories Of The Unseen”, you have taken a more direct path, if compared to the previous one, “Apocalypse Sets In”. I have read, also, that the arrangements have been chosen together with your band, this time. Can you tell us how this interaction with your band worked, during the recording? How did the album change with respect to your initial idea?
The starting point were again my ideas for piano and voice (mostly assembled in Los Angeles), but the exchange began as soon as I started sending the first clips to Matteo, Stefano, Riccardo and Luca, who sent me back their possible parts. Having proceeded together like that, step by step, the central idea slowly grew, and the sound with it.
When we came together in the studio, though, it was still a surprise to me, being aware of the mix that we had created; in our live takes, the tracks filled up with energies which were very strong to us, sometimes differently from what I expected, going well beyond the original idea in a truly positive sense.

Was there a natural evolution of your way of composing, playing and singing, or did you force yourself to change something, at some point?
I would say there was a spontaneous evolution, one of the several possible. I don’t feel so far from “Apocalypse Sets In”, but today’s clothes feel more comfortable with respect to how I feel and to where I feel I’m going to – which I believe is going to change again. The music I shared in Los Angeles, the concerts I was at and I played, working in the studio with other artists… All of this contributed to enlarge my perspective in a less organic way, which still has brought me here.
Before my way of writing, my way of feeling changed. My methods remain the same, but I felt the need to simplify parts, to change my priorities. I wanted my voice and words to have more space, this time (so that my singing style changed as well, in the end), and so the other instruments.

Are there moments in which your classic education feels like a hindrance? Has your approach to composition changed, during these years?
There definitely was a contrast between the music I was taught since I was a child and what I loved to listen to since being a teenager. Then a lot of time was needed to understand how the two could meet. There’so much in the music I have been studying while growing up, though, that I struggle to see real limitations in it. I feel it’s like a dictionary I was given – to the extent of my knowledge of it, and as such I consider it as a set of possibilities, which still helps me. My approach, as I was saying before, is very simple: I follow the ideas my mind keeps returning to, be it a melody, or a sentence, untile they take a shape which I feel could work, with the right disposition. I seek different things, what I listen to and what I compare myself to, but the basic idea remains the same.

You spent the latest years in California. How did this environment influence your music?
In every way, through music and through direct experience and collaborations, in and out the daily life. It’s always a mix between what Los Angeles has to offer and what personal experience leads to, which could have happened elsewhere. For instance, I live in a house where a dear friend of mine has a vinyl collection with hundreds of pieces, which I enjoyed in these years. It contains all kinds of music, from the darkest folk to kraut-rock and Prokofiev – it was with me every day, enriching me. Outside the door, when I started playing for real, things started flowing; the musical density of the city flows over you with ease, and you can choose whatever you belong to or interests you. I wasn’t part of any local “scene” stably, but what I always enjoy is that, apart from the bizarre Hollywood, there exist a world made of extraordinary quality and variety, living its own life outside any trend. This world gave me a lot every time I was there to see bands live, or when I collaborated with the musicians belonging to it.

What of that musical environment would you take back to Italy?
The openness to new things; the seriousness with which music is lived and considered as a real job, hundred per cent; the capillarity it spreads with to venues of any kind. More than everything else, the feeling things can be done, that it’s worth it even if it’s hard. All things we can have and, looking closer, we have also here; I don’t think we’re lacking anything to grow in these directions, for sure not the capabilities.

Out of curiosity, could you tell us something about the collaborations and projects you started there?
The first one is the one I started with Adam Moseley (who worked beautifully on “Memories Of The Unseen”’s mix), with whom we plan to write soundtracks for movies and documentaries.
The second one, partly bound to the first, is the idea of a small artistic collective to create audio-visual ideas with animations, drawings and installations, in collaboration with the artist who developed the album’s graphics, Brett Erzinger.
Apart from this, I have some small collaborations with different artists: Penelope Fortier, Drew Pearson from Twin Steps, Kid Moxie, and Jonathan Tehel (now in New York). With Jon in particular we started a duo called Celacanto, voice and guitar, under which we would like to publish a 7” next year.

You came back to Italy to record, again, in Enzo Cimino’s studio. If you were forced to leave it and you could choose with no constraints, where would you go? I thought about Thomas Bartlett…
I would go back to Boat Studio in Silverlake, where Adam and Jon worked, and where we recorded the first demos of Celacanto with Jon, during afterwork night sessions. There was an atmosphere in that place I’ll never forget, it was like it hid, inside the walls, all the secrets of the things happened there before we entered it. The sound of the recording room, even when empty, had an incredible warmth.

One can feel, in the record, a clear contamination with American female songwriters of recent years (Chelsea Wolfe, St. Vincent). Who is the artist who influenced you more during your stay in the US, maybe after direct contact?
The two female artists who influenced me more, recently, are PJ Harvey (“Let England Shake”, in particular), even though she’s not American, and Meredith Monk, whom I saw at the Red Cat in Walt Disney Hall. Through a more direct contact, Chelsea Wolfe is the one who left me speechless, having seen her play in a small venue at Echo Park. Another female show which touched me was Scout Niblett’s one, last year at the Sanctuary in Santa Monica.

You said in an interview: “I think you can do well only the music you feel your own”. It’s true, no doubt. What do you mean, though, by “your own”? How do you keep that point of reference in writing music which rarely speaks  directly of “average” emotions?
The one we love, the one we feel part of, that’s all. When I am writing, I never call upon “average” emotions because they don’t take me to the part of me where things move with the strength I need – so I don’t feel like going there spontaneously. Even “average” feelings can be very interesting, I still haven’t found how to transform them into music.

Let’s talk about your part in the last OndaDrops compilation, which was dedicated to “Down Colorful Hill” by Red House Painters. Can you tell us about your relationship with Kozelek and about the song you have performed, “24”?
It was a great opportunity to get back in contact with Red House Painters, whom I would have never imagined to cover, with such a strong identity. I really like Mark Kozelek’s voice and his singing style, he’s so powerful and intimate at the same time. We chose “24” for its melody, who hung around in my mind for weeks after recording it, for its pace (very hard to recreate), in which we all tried to fit with the right intensity, but also for the lyrics, which contain some beautiful images. I really like how he sings about extremes with such a realistic eye, but also with gentleness. Oldness comes with a smile…

Memories For The Unseen