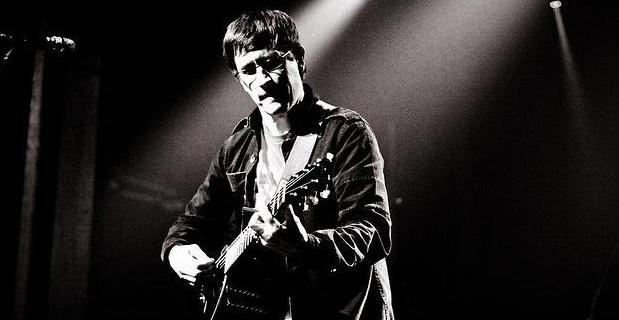 The bite of reality

It takes a lot of guts to face the reality of things. Especially when reality seems to negate our desires and aspirations. Mountain Goats' songs have always been though ones: they face life in all his aspects, even the harder. Following the footsteps of "The Life Of The World To Come", John Darnielle reveals the texture of his music which is aimed at questioning every circumstance in order to try and catch the meaning out of it, fearless to confront with the prospect of an answer. Once more an occasion to go and rediscover the vast discography of one of the most brilliant songwriters in the recent years, spanning from the do-it-yourself arrangements of the Nineties to the more sophisticated atmospheres of the late albums recorded for the 4AD label. Always under the banner of a literary spirit and a vibrant and restless yearn.

Your early records sound like naked sketches of acoustic guitar and voice. Do you ever believed in a sort of "lo-fi aesthetics" or was it a necessity more than a choice?

Both, sort of - I mean, I didn't own anything more sophisticated than a boombox, but the reason I recorded on it was that I liked how it sounded. If I hadn't liked the sound, I probably wouldn't have kept recording. The aesthetic had an appeal, but it wasn't the main thing - more like a nice surprise.

Do you think that also imperfection may be used as a mean of expression?
...not really. Imperfections are nice, but when people are sort of self-consciously imperfect, making a big point to showcase the imperfections, that defeats the purpose of the whole exercise, you know? we say that imperfections are nice in something because they lend it a human touch, but that's only when they're honest. if somebody just isn't trying hard enough, that's not charming, it's cloying.

In the last months you have been on "The Colbert Report" to promote your new record, "The Life Of The World To Come". Stephen Colbert described your music as "cheerful desolation": what do you think about such definition?
Yeah I think that was right on. The whole thing about the stories I tell is that there's a sort of animal pride you can take in your circumstances no matter what your circumstances on. Even in the worst situation, there's something funny, or some bright spot, it seems.

In your new record each song is inspired by a biblical verse. In your opinion what makes those words still able, today, to talk to the human heart?
Oh wow this is a complicated question. I mean - for western society, they're our collective dream-visions, the stories in there; they are the stories we more or less all know. That's deep; a shared story is a common currency, a common language. And then there's the way we've all heard the words so many time; Protestants say repetition is vain, but I'm Catholic, and repeated words have real power for me, and so a phrase you've heard over and over gets a hypnotic, basic power. There's just so many reasons why biblical verse retains its power, increases it, even.

In a recent interview, you told that most people of our generation want to say "I came up with my own look", while you find more interesting to take someone else's look and say "I believe you". Faith does not appear from the songs of "The Life Of The World To Come" as a sort of irrational enlightment, but more like a journey that leads to believe in someone else. In your experience, where this meaning of faith come from?
I think that's what faith is - looking outside of one's self. And I think I get this definition from the reading the early Church fathers gave to the life of Christ: this vision of selflessness, of the self as something you sacrifice in order to find union with God. That's necessarily a journey, I think, because your natural urge is to say that your self is the #1 most important thing in your life, right? But as I'm always saying - I don't really have any faith. I try, but in the end, I'm a modern like the rest of us. I just like to try to experience faith, and sing and think about it. 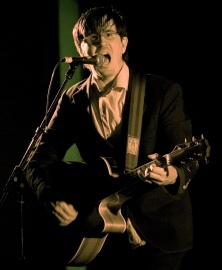 Thinking about "the life of the world to come" could sound as a consolation. Anyway, your songs show the need that such "life" can be experienced here and now, notwithstanding death and pain...
In English, it's the last lines of the creed we say at the end of Mass: "We believe in the resurrection of the dead and the life of the world to come." In the Latin it's just "vitam aeternam" but the English phrase is full of wonder and mystery to me.

Do you think it's possible to find something good even in the scars of the past, as suggested in "Genesis 3:23"?
I don't have a clear answer to this! Sometimes yes, other times it feels like trying to harvest good from an ill past is just pointless. I am always thinking about this question!

There's often a lot of your most personal memories within your songs. Are there any songs you couldn't ever play in front of an audience or playing them is more like a cathartic experience for you?
Yeah, there are a couple. I just don't play them, and I usually don't release them, either - plenty of songs are private & meant to stay that way.

What does a song need to have to reach your soul?
Good lyrics is the main thing. Everything else is secondary. At the same time though I have listened mainly to instrumental rock music this morning and found so much to enjoy there, so it's hard to say - a great melody can penetrate as fully as a good lyric. But how many great melodists are there? Hard to find.

Do you sometimes feel the need for a mean of literary expression larger than a song (e.g. a novel)?

Yeah - I wrote one, published year before last ("Master Of Reality), and I'm working on another.

Could you tell us something about your collaboration with John Vanderslice? Did the both of you find a common ground?
Oh yes - we've been working together for years, but only just recently made a record as a collaboration ("Moon Colony Bloodbath") - we decided the best way to do it would be to hire an outside producer and let him direct, so we had Chris Stamey (from the dB's) produce. It was a pleasure!

There is still room for a "classic" singer-songwriter in the current musical scene?

You know, I can't really think about that - thinking too much about "scenes" and so on, and about "classic" singer-songwriters vs. modern ones or whatever, that's for other people. I can just do what I do - if I'm thinking about scenes, then I'm spending my creative energy in the wrong places.

Your lyrics often refer to horror movies. What does an horror movie need to be really scary in your opinion? If you were a screenwriter, what kind of plot would you write for your horror movie?

There has to be something senseless for the horror movie to work - some point at which logic just stops working. Other than that, the most important element is atmosphere. Everything in a horror movie is secondary to the atmosphere, which must be constantly unnerving to the audience. I think I would want to make a movie like "La casa dalle finestre che ridono" if I wrote one - a very slow developing movie that's almost 100% about atmosphere and has some bloody reveal moment at the end.

In "Against Pollution" you sang: "When the last days come / We shall see visions / More vivid than sunsets / Brighter than stars / We will recognize each other / And see ourselves for the first time / The way we really are". What will we see, that day, watching John Darnielle?
I don't know! I guess if I knew that I would have the entire secret to life. Who knows who he really is? Only a sage, you know, a great religious mystic can know that. That's the thing about it. We won't see until it's all over, in theory. 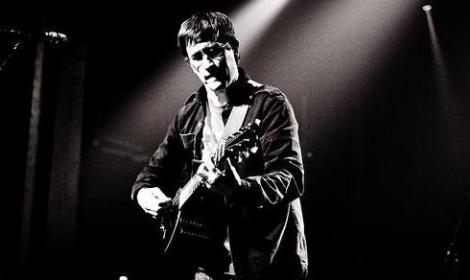 In League With Dragons

The Life Of The World To Come