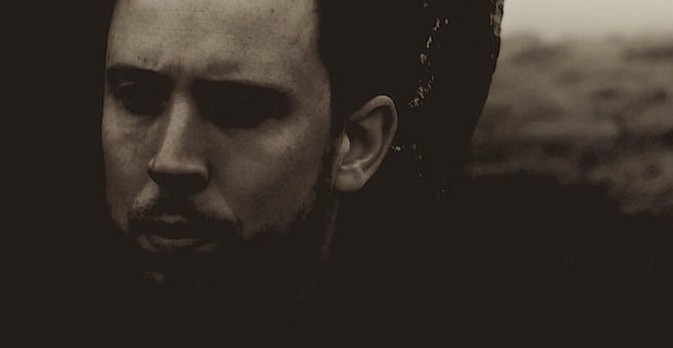 MP: Your recent work, “Third Law” (2016, Tri Angle) isn’t just an album with a very strong impact, at times literally breathtaking and able to get an immediate grip on the listener: on some level it is also a terrifying sight on the overwhelming forces of the known universe. Is this only the desired effect of your creations or did you throw an actual, individual sense of fear in it?
Thank you, I am glad you feel that way, but I don’t think I can say that I did. Often I find the sense of tension or fear you discuss comes from the structure and the sense of expectation. Without traditional beat structures it is possible to create longer sequences of tension. What I actively tried to create is a listening experience that is as immersive as possible. Now that we have access to so much content I find that in many ways the listening experience is devalued and I find myself skipping through things a lot faster. It is rare that I properly set aside the time to engage with music in the way I used to. In each of the albums I wanted to create something that wouldn’t work as individual tracks, but only as a full listening experience, in an attempt to force a more rewarding listen.
So far as trying to represent different forces in the universe, all we can try to do with sound is to create an environment where certain things are easier to think about, to try to create a space where people can engage in thinking about things that the rest of their life might not allow them to do. You write an album and that is a way of saying to someone: here is 30 minutes of your life where you are allowed to sit in your own space and think, which is a rare luxury these days.

MP: It seems that your recent work operates on a macroscopic level, like they were oriented towards a constant widening of perspective. Do you feel the need to push yourself towards a description of reality that transcends its immediately perceptible features?
I became obsessed with spending as much time as possible thinking about space and I found it had a powerful impact on my day to day life. It is all inside our reality, it is as real as your street or your job, I just choose to focus on it as much as possible. Obviously life events steer our perception and time spent exploring thoughts of time and space is a privilege. The opportunity to write this music is the ultimate privilege in that it enables me to think on this scale for long periods of time. I found that the more time I spent in this space, the more positive my relationship with the present became. By ignoring current political changes or present events, I began to love life, humanity. The way I viewed my life, my children’s lives, all began to change when viewed from this perspective. That is the reason I want to write music based on these themes: music can be an opportunity to look outside of the present and give you the time and space to experience the world from a different perspective.
Obviously there are negative aspects to this way of thinking. This country (England, edit.) and others are undergoing political turmoil, there are many people in the world that need real help and my form of escapism could be considered selfish. I am also not overlooking the importance of political or social statements in music, but this project has been about fixating on a sense of scale and time and trying to create a soundtrack to help me stay there.

MM: If “Life Cycle Of A Massive Star” represented a ‘becoming’ sonic survey, a research evoling in itself, my interpretation of “Third Law” identifies it as a sort of landing, a point of arrival; almost an attempt to summarize those elements that, since “Aftertime”, slowly amalgamated until they reached a balance. Do you consider it your most complete work?
I consider it a completion of that series of work that began with “Aftertime” and it is fair to say it has a tighter structure than the previous two, but it is also very different. I wanted to move away from the conceptual approach to composition and explore ideas of movement and rhythm without focusing so heavily on narrative. In the end I found it was necessary to design a narrative structure to the album, but it is far less literal than the previous two and was simply a compositional tool as opposed to a specific subject that I would share with the listener.

MP: We know for a fact that you’re familiar with Paul Jebanasam and his outstanding, sort of symphonic approach to electronics; same goes for his talented colleague Oliver Peryman, aka FIS; Lustmord recently published via Touch his latest album, “Dark Matter”, composed with audio materials gathered from the archives of space observatories. One could definitely point out that this is becoming quite a trend in recent electronic music, not only thematically but also in the depth of sounds that are being explored and experimented by artists. Did you notice that, too? Could this be an unconscious response to the hyper-fragmentation being operated by other primary acts such as Oneohtrix Point Never, Holly Herndon and /f?
It is an interesting question because while writing music I try very hard not to listen to other people’s music so that I can avoid influence, but then when you come out of that process you find similarities occurring around you anyway. Each of the artists you mention have very individual styles but it is true that there are similar themes and influences driving certain groups of people and this is reflected in these similarities. There are also things such as technical developments in music production that have an influence. I would like to feel more connected, in a way, to a sense that there are some musical movements occurring. I don’t feel the need for genre definition, but I would like to have the sense of moving forward as part of something. I like your suggestion of an “unconscious response to the hyper-fragmentation”, I am fascinated by the speed of ideas today but I also crave silence and space.

MP: A ritual question: who or what has had a major influence on your musical production – be it  a fictional or real life inspiration –?

Everybody is the result such a complex set of influences that to name just a few would not make sense. What I have begun to notice recently is that the experiences I had between the ages of 10 and 20 are still the most powerful and defining and I have been wondering about our ability to be truly influenced or changed after that age. I can still grow and develop new interests but the power of the influences that ran through my defining years still has a very strong impact on how I view the world.

MM: I’ve always been fascinated by your “artistic case”: I refer to the radical mutation of sound that you carried out over the course of your solo career starting from the coordinates of the Vex’d experience; a phenomenon – although oriented very differently – that partly concerned Kuedo, too. Is there, in your opinion, some form of continuity between bass music back then and “digital symphonies” nowadays?
There is technical continuity as in I am trying to achieve the same scale and force that I experienced in sound system music and the mode of listening is taken from that environment as opposed to a concert environment. But there is as much that I am trying to escape as well. The original goal with this project was to escape the genre and function constraints of club music.

MP: Soon you’ll be in Milan to present your recent a/v set (in collaboration with MFO) during the Savana MASH festival. Can you tell us about the concept behind this project and what to expect from your performance?
When discussing the plans for this project with Marcel (MFO) he was very interested at the time in what the human response to exploring environments that we could not imagine would be. So for example, it may not be possible to explore outside our solar system in person, but it may be possible in the near future to use drones, and we were interested in the human emotional response when using VR or flying drones in alien environments. The show is a combination of video and strobe and is a continuation of the album’s exploration into movement and rhythm.

MM: Again, regarding #MASH: you probably know the theoretical background from which the three-day project moves: the idea of a survey on the “geographical liquidness” of today’s musical production. Do you think that your search as an artist, also in your past projects, might have something to do with this interpretative model of “global sound”? In this sense, what role the geographical provenance of an artist and his ethnic background – specifically, in your case – could play in today’s liquid, hyper-connected world?
I come from a position of privilege, in that I am a white man from the UK. When I reached a certain age I noticed that the majority of everybody I met making electronic music was the same as me. I had a wide range of influences in the music I listened to, but this was not matched in the people around me who I worked with. This is problematic on a personal scale obviously, but it is also representative of a larger picture. Possibly the internet has helped to change that but I have no doubt there are still people battling against a wall, people who deserve to be heard and aren’t for whatever reason.
There is huge value in escaping whichever musical tradition you are in and engaging with other people and other ways. It is something I wish I did more and I know that my musical landscape is quite narrow. My music is not political or social commentary, it is a form of escapism, but I have to be aware that being allowed the time and space to write it, and being given the platform to perform it, is a privilege. It is interesting that you talk about geographical provenance because while it is important to open the world and opportunities up to as many people as possible, it is also important to foster a sense of belonging and locality in music. I still love the idea that individual cities can develop such strong musical identities and scene and they can stay relatively untouched for long periods of time.