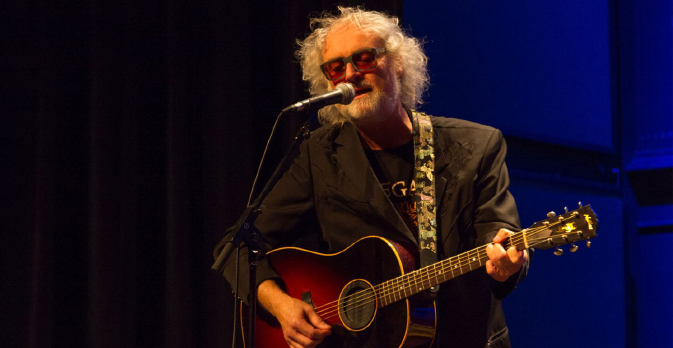 In the dungeon golds of the alternative-pop

Here's the questions...
(The questions were sent before the Covid-19 emergency)
Let e first say, so sorry it took me so long!!!

First important question, show in Italy?
Of course, none of my bands have shows scheduled now! I was supposed to be in Norway and U.K. on tour right now, with The No Ones, Minus 5, Luke Haines & Peter Buck. But we’ll have to wait. I truly HOPE to get back to Italy in 2021!

I read about the notebook used after the stroke: do you use it now, write new stuff or read the old?
I still use the same notebook! I haven’t written so much lately, but I am starting to fill it up. And there are still some songs written in this before the stroke, that I still work on and need to record.

The most important message or gesture received during the convalescence?
Live, live live! And appreciate everything I have, especially kindness and generosity and love from so many people.

Feelings before and after returning to the stage?
It was very scary and difficult to get back on stage! It still is. It’s a challenge with both my physical and mental shortcomings due to lasting effects from the stroke. A lot of friends/fans think I’m back to “normal” — but I never will truly be the same. It’s not a complaint though, because I feel so incredibly lucky that I can still play music!! I just have to learn to do it in a somewhat different way.

What are you listening to now?
I listen to Neil Young Archives a LOT! I recommend to everyone!! It’s a treasure trove.

What is the musical situation now in Seattle? Significant realities (maybe the new Minus 5)?
I live in Portland, Oregon, since 2004. But the Young Fresh Fellows and lots of other musician friends are still in Seattle, so I spend much time there. It’s still a great city for music. Of course, EVERYTHING is shut down in Portland and Seattle and everywhere because of Covid-19. I feel terrible for the suffering in Italy!

Can you tell for those who don't know you here in Italy yet - briefly - the beginning of your career and your most important steps, features?
That would take too long!! It goes something like:

Do you think that social media and the internet can change the numbers of a alternative cult like you?
Well, social media helps to get the word out, especially for touring. I don’t love it, but you have to try to embrace it. It’s a very different business than it was when we started in the 80s.

In Italy we started to know you thanks to the R.E.M. Monster Tour: what you remember about that experience?
The shows in Italy were always incredible! Not just Monster but after, for UP, REVEAL, GREATEST HITS. AROUND THE SUN, ACCELERATE. We love Italy! Great R.E.M. fans!

Future projects?
I have new albums this year with Luke Haines & Peter Buck, Young Fresh Fellows, and The No Ones. A single from Filthy Friends. We had shows scheduled for all those bands but now canceled, so hopefully will re-schedule! Planning a new Baseball Project recording tis year. And of course more more more Minus 5!
Thank you for listening!