interview by Lorenzo Righetto
Tweet
Whilst "Magic" is your debut album, you have quite a long musical career behind you. When exactly did you start playing music? What can you tell us about your first experiences as a songwriter?
Music has been a long family tradition for me. It wouldn't be a lie to say that it mostly came from the Italian side! My grandmother Carmela was born and raised in Sicily and carried her whole culture on her back when she finally married my grandfather Anthony in the States. You could say i was immersed in the culture of food and music since I was old enough to eat and listen. Uncle Tony used to give me a harmonica just about every time i would visit his house. Of course he didn't know this at the time but i would usually sell them for candy on the street back home. Candy was usually the only thing that could compete with music when i was 8 anyway. He later bought me my first
acoustic guitar when i was 13 years old. The first song i learned how to play was "house of the rising sun."

I was in a few bands or rather, different incarnations of the same band throughout high school. In between then and now was a mist of smokey bars, lonely cafe's, the occasional salsa shop or potato chip factory and various rock clubs in and around New York state. I had a lot of dues to pay. I met the devil twice. I've been performing for a long time now. It's like if you're living in the woods for a long enough time...You start to experience odd things..Like trees randomly falling down around you. I've experienced a lot from the stage over the years.

You released a record in 2003, called "27", and then a long wait for the release of "Magic", which came out firstly in 2009, then now with Anti. Did "Magic" songs go through a long gestation?
In between the "27" record and "Magic" there's a world of direction change that my songwriting, my performing and my voice took on. To be honest, i think that early stuff wasn't that good but it was a stepping stone for me and i appreciate it for just that. 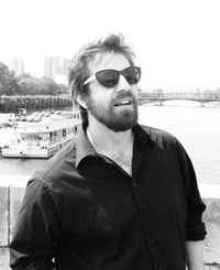 Coming to the title of your debut: what "Magic" are you speaking about?
I was thinking about the feeling that we all have at certain random moments when you can look out through your windows of your eyes and suddenly have a glimpse of the world as it really is. Most of the time, everything seems to be a cloudy mess but those hidden moments are...magic.

Your oblique but vivid lyrical style has attracted a lot of appraisal. Are you an impulsive songwriter, or do you take time to go over your songs and refine them?
I do both. Impulsive is good and sometimes it is the best and truest cut but sometimes it needs to be refined to have a maximum impact. Sometimes you have to play a little to make it really fit.

It took you a year to record all of "Magic", mostly because, apparently, of "scheduling" problems. Did you also tinker about different versions of the songs?
Yeah. Jonathan had about 9 different versions and i still feel like I need a better one.

How do you play them live? Are you going solo or with a band?
I'm a solo band right now but my ambition is to get the right folks aboard after i put the next record out. i have elements in my head that fit with the sound now i just need to find them attached to real human people.

"Magic" does sound great: it is full of space between notes, instruments resonate with intensity and that sort of calm strength stemming from sheer ability. Can you tell us about the musicians who helped you in the recording?
Troy Pohl who produced the record was instrumental both literally and figuratively in creating the atmosphere that is the magic record. I love the idea of suggesting more, but using less, if you catch me. I like using sounds to simulate conventional instruments and using the real "space" of the room, the sounds of the chair creaking and the pigeons chatting in the background. It's all there.

Your music has definitely got the touch of the "classical" American songwriter. All the folk and blues tradition seeps through each plucked string. Is there a particular character of American music history that stands as a point of reference for you?
It's a long list but if I had to pick a few: Bob Dylan, Tom Waits, Leonard Cohen, John Lee Hooker, Johnny Cash, Willie Nelson...

You have been praising the Internet a lot, for letting your music be discovered, and so on. Have you never had the feeling that in older times it would have been easier for you?
Yes and no. In a way it's harder to get noticed now since your amongst a sea of overloaded information that dumps into the collective virtual world on a daily basis but in other ways it's easier today to get access to opportunities to perform, promote etc. I don't really no for sure though. I try to keep technology in perspective and not let it take over my soul too much.

Lots of music is being produced and published right now. This naturally means lots of new possibilities for upcoming artists and ands, which we, as listeners, must be grateful of. Don't you think, on he other side, we lack some really charismatic character in the songwriting scene, like we had decades ago?
Yes, that does seem to be the other side of the coin. I think much of the music in the mainstream pop genre is repedative, insincere and more about money but if nothing else, it makes the special stuff, that much more special. 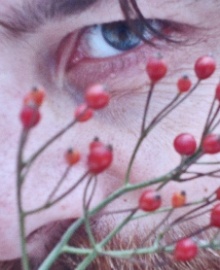 "While every body's thinking themselves to death, I just use my hands": I have read these are your favorite lyrics of the album. I may add that they represent the motto of "Magic". A lot of thoughts come up with them, but my question is: do you sometimes think of your musical activity as an actual hand labor?
It may be laborious at times but it's really more of a mental exercise for sure. The idea for me is to not only create space in the music but also... To leave gigantic holes in the words themselves so that they open the door to many choices or many images or possibilities. I strive to create that anyway. Whether or not, it actually works is I guess up to everyone else but me.

Your relationship with nature is surely not fictional, as you like to spend long periods of time in the wilderness, with very basic equipment. You actually teach people how to survive in the woods, what
kind of food one would expect to find in the wild... Do you consider this a "normal" activity, that you do naturally every now and then, or do you see it more as a way to distance yourself from "normal reality", to understand new things about yourself, the world? Do you wander about known places, or do you actually explore new environments?
In the not so distant past wilderness living was a reality not a novelty. People lived closer with the natural rhythms of the earth. Time was gaged by the indicators on the landscape like stars, sun and changes in the physical landscape. People were pragmatic. They lived by the laws of the land. They hunted, they gathered, and some of them wandered. They have back directly to the land by means of recycling all of their possession including their own bodies. Their awareness of the process of
life and death and the cycle of renewal was fully intact as evident in their stories and mythology. This includes all peoples all over the globe before civilized and centralized societies began to emerge.

My culture has collectively lost this connection to the land. It's my belief that without this connection restored the human people of the world will not survive. If by some scientific feat we manage to create a synthetic earth bubble where clean water, nutritious food, adequate shelter and the love of a community are no longer necessary...then I believe that world would not be worth living in anyway.

For a few thousand years now the western way has been the complete subjugation of nature and the manifest destiny of the conquering of earth, mind and space. Science, Money and Corporate interest are our gods. So my choices of harvesting my own wild food, practicing wilderness living skills and approaching nature with love and understanding is my way of reclaiming the sacred. On top of that they are endlessly fun and rewarding. 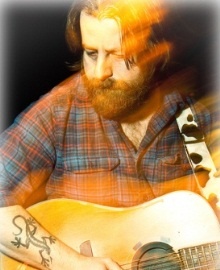 I really appreciate the fact that you do not concentrate, lyrically, on love for nature and some kind of primitivist, communitarian ideas hat now really permeate many new artists' songs. You just let it filter through your music. How much does wilderness count, though, in the composition of your music?
My energy behind the songs is wilderness. my voice comes from the feeling of wilderness. nothing i write would be the same without it.

You have been playing in Europe in 2009, with Noah And The Whale. You are now going through a long tour between the States and Canada. Any plans for Europe? Don't forget Italy.
Yes. I'll be performing at Glastonbury fest this year so there we are looking at some
Dates in Europe around that time. I would love to visit my mother country Italy! Hopefully you will see me there.

What is your wish for your career at this point?
A campfire chat and a beer with Tom Waits! 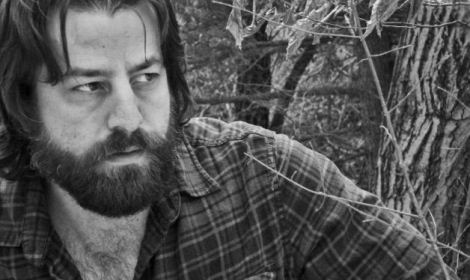 The Salesman And The Shark