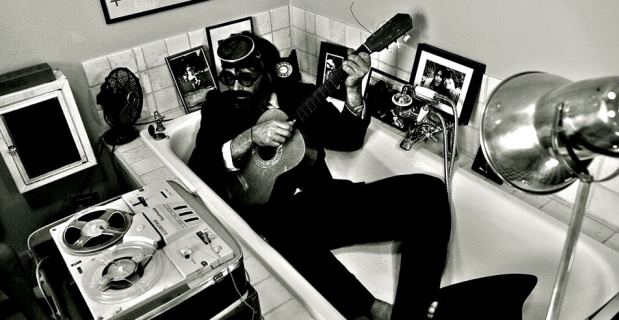 The bridge of sighs

Simple lines, bright colours: the music of The Mostar Diving Club is a bit like the covers of their records. It’s made of pure melodies, bittersweet tastes, nostalgic sighs. A collective founded by the British songwriter Damian Katkhuda, who dedicated the band’s name to the land where his fathers’ family hail from. After the release of their third album, “Horizontal Hotel”, Katkhuda accepted to guide us to the heart of The Mostar Diving Club.

Could you tell us something about the beginnings of your music path? When and how did you realize you wanted to be a musician?

I started singing when I was young then joined choirs and then started to learn instruments. It was only when I picked up a guitar after a lecture on “The dangers of a rock and roll lifestyle” that I really began to enjoy playing and singing together. Guitar was the only instrument I play that I never had any lessons on and it's the one I love the best. I never thought or realised it was possible to make a living from music; people and friends kept saying I should do it.

What’s the difference between The Mostar Diving Club and your previous projects (Obi and Katkhuda)?

The Mostar Diving Club is my project… I make all the decisions and write all the music but conversely I don't have a sounding board which I miss sometimes. The music in Obi was a much more conventional band and Katkhuda was a transitional project. With Mostar I am literally free to do whatever i can think of… sometimes a little too free.

The reference to Mostar’s old bridge is both a symbol and a family memory. For those who didn’t know it yet, could you tell us the story of the name you choose for The Mostar Diving Club?

Mostar, in the old Yugoslavia,  s where my father’s family hail from. Mostar means “old bridge”. As a rite of passage into adulthood the boys of the town would jump off the bridge, a distance of 30 meters into the icy waters below. When visiting my cousins for the first time a few years ago I saw a hut on the corner of the bridge called the “Mostar Divers Club”. The project was looking for a name and this one seemed to fit.

How did today’s line-up of The Mostar Diving Club come together?

Through chance as is often the way. I did several shows on my own after the first album. The idea of having a club meant that it could be flexible, in other words the musicians could change.

First I asked Will (Worsley – Ed.), the producer, if he wanted to join in.

Then I was introduced to Michael (G Moore – Ed.) as a management prospect. At the end of lunch I asked him if he knew any female cello players he said: “I’m not female but I can play cello”… and he's also pretty good on the piano!

Vicky (Osterberg – Ed.) I found on the internet. I looked up drum school graduates in west London and saw her profile and sent a message… I had no reply for a month or so and then she found the message in her junk.

Will, the producer, then became very busy so Jason (Boyd – Ed.), a friend of Vicky’s, joined to play the bass amongst other things. We have been like this for about a year. They are all excellent players, in fact we play fourteen instruments between us on stage.

Why was there such a long gap between “Don Your Suit Of Lights” and “Triumph Of Hope”?

I got involved with a record company which always delays things… “Triumph Of Hope” was ready about eighteen months before it was released. There was probably a bigger delay making this one. 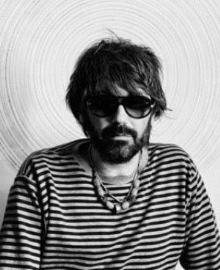 Can you tell us a bit about the recording and the production of your new album, “Horizontal Hotel”?

I recorded it with my long term collaborator Will Worsley at his new studio Coda-Cola. As is normally the way, I wrote a lot of songs (around 30) I then recorded them all in a day, just me and one instrument… Next I separate the good from the bad and then concentrate on around 20, of which 10 made the final cut. We normally approach a song by putting the tempo down and then playing the song to that and then adding whatever I feel is necessary to get the best out of the song. Normally I have most things worked out but sometimes I go inspirational.

The sound of your new songs seems more intimate. What difference do you feel from your previous records?

I think it's a natural progression. The band played on some of the tunes so I guess their influence is coming in. I guess the lyrics are slightly more inward looking.

Speaking of the new album, where did the title come from?

The title came from a picture that one of my children drew for me… It was of a horizontal hotel, which I liked the sound of. It seemed to suit the music!

There's a deep sense of mortality in songs like “Scattered Flowers” or “Nothing Else”. For you is it a way to live more intensely the present?

I suppose I think about mortality a lot so it comes out in the songs I write. I think about the joys of life too, so there is a kind of balance. It's just that on this album, the former seemed to win out… In fact I made a last minute change to the record swapping “Neighbour Song” for “Old Yellow Sun” as I thought it was getting a little dark.

For you what’s the recipe for a pop song to not sound silly?

Just do it for the right reasons and it shouldn't sound silly. Put your heart into it and it will sound great. Songs only sound stupid if there is no belief in what you are doing. This is why manufactured music sounds so awful... People who want to be famous will sing anything they are asked to sing. A true musician sings from the heart.

The artwork of your records is very distinctive and full of colours. Do you personally look after all of these aspects?

Yes I do all the artwork myself... I draw all the covers by hand.

You wrote some songs for the soundtrack of the movie "Waiting For Forever”. How was that experience? What’s the relationship between music and image, in your opinion?

It was a great experience; one of the most pleasurable song writing jobs I've had as I didn't have to think about what to write about as it was all there in front of me. Image and music are made for each other. Music creates the mood and image inspires this. Imagine viewing a horror film with no music; it would just look silly.

How do you live your relationship with live performances?

I love playing live when I finally get on stage but the build up is sometimes a little frantic.

In 2010, your cover of Depeche Mode’s song “Just Can't Get Enough” was featured in the first volume of our OndaDrops project. For you what's the key to really make someone else's song your own?

Try not to think about the original version of the song, a straight copy will always fall short... In fact I have only ever recorded two covers both of which I was asked to do. The second is a Labi Siffre number, “Crying Laughing Loving Lying”.

If you could collaborate with any other artist, from today or from the past, who would you choose (and why)?

This is like being asked to choose your favourite song, an impossible task… But I love the female/male vocal thing, so it would be one of the folky female singers either from now (Laura Marling, Lisa Hannigan, Marika Hackman) or from the 60's/70's (Joni Mitchell, Sandy Denny). I'd also like to have a guitar session with Nick Drake!

Is there any chance to see you play here in Italy, sooner or later?

No current plans, but I would love to play in Italy if it ever became possible... You never know!

Don Your Suit Of Lights