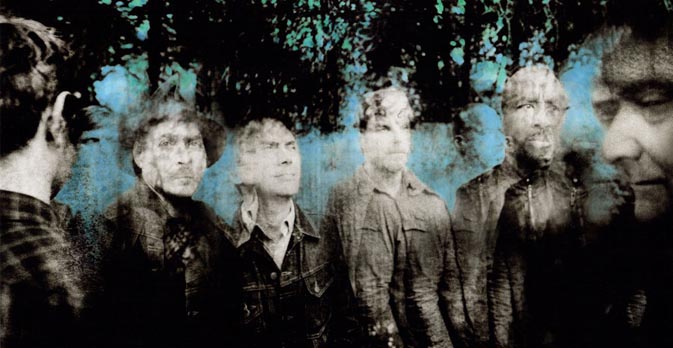 interview by Claudio Fabretti
Tweet
In this exclusive interview for OndaRock, Stuart Staples tell us about the new band's collection ("Past Imperfect") and all the evolutions that have taken place in the group in these last 30 years.

Hi Stuart, You have just released "Past Imperfect: The Best Of TINDERSTICKS 92-21". Why have you decided to publish a collection of your songs right now?
We are not a group that like to look backwards but a 30 year anniversary is a hard one to ignore. We felt it needed to be marked in some way.

Thirty years is a long time for a band… Do you believe that being coherent has been a value for Tindersticks? At the same time, how do you think your music has changed during these years?
Every time you make something, you learn from it and it carries into the next thing. I think this especially true when you take responsibility for the actual arranging, recording and producing of your own music. So there has been many small steps taken over these last 30 years and some great leaps. Now we look behind and see our starting point is so far in the distance.
Also, a band is only the sum of the personalities inside it and so we went through a great change around 2006: Our original line up came to an end but we were fortunate to find Dan McKinna and Earl Harvin - They have bought there own style and energy to the band.

Once again you wrote a song ("Both Sides Of The Blade") for a Claire Denis movie ("Avec amour et acharnament"). What is the secret of the harmony between you and Claire and how has her works influenced your music?
I try not to question 'the secret'! I feel fortunate to be able to collaborate with a great film maker that not only inspires but also gives space to explore ideas. I wouldn't say our relationship is harmonious, sometimes it is very difficult but always worthwhile. In our own strange ways we help each other.

Speaking of Claire Denis' "High Life", how was it working with a famous actor such as Robert Pattinson on the song "Willow"?
I wrote most of the music for High life before the filming, "Willow" was the song for the main character to sing to his daughter as a lullaby. Robert was curious about the music from the beginning, he used the musical sketches to help him get into character. I asked him in private (away from the production) if he would like to try and sing the song and we met in a studio in London. As soon as he sang the first line I knew it was going to be good. I have worked with a few actors now, I am always impressed by their determination to get it right and their appreciation of details. I am grateful to Robert for his openness and generosity. With this recording "Willow" made perfect sense at the end of the film.

Your latest studio album, "Distractions" contains some of your most obscure songs so far. You have already stated that the modern age has affected its creation. Can you better explain it?
Before the pandemic there were some strange shapes forming in the studio. Music I didn't really understand. The confinement hit, we hurried home from tour and I was left alone with them. There were periods I loved them and other times they drove me crazy. Eventually the guys got involved and Distractions came into being. I played a lot of bass and I like to play bass.

You said that punk-rock became your "main-thing”. How has it influenced your views on the music itself?
Not sure what you mean but I was lucky(?) enough to be 12 years old in 1977, 15 in 1980. Music around me was so alive and accessible in those years. Punk gave the belief to people like me that you could try and make music, to create.

You were born in Nottingham and then you moved to London: how have the landscapes and cultures of those cities affected your songs specifically?
I feel as though my like began when I moved to London when I was 25. The time in Nottingham before was forming, learning. When i arrived in London I had a pretty good idea of who I was and what i was looking for. Also arriving in London and being away from my hometown gave my writing a new clarity and desire. I was that classic guy caught between old loves and new fascinations - Eyes wide, open to so many new experiences but full of insecurity and guilt.

In general, where do you find inspiration for your lyrics?
Deep down inside of me.

You started to play music during the 90's, in the era of grunge and britpop, focusing on orchestral pop. How did this choice to go against the tide come about?
I don't feel there are any choices really. Songs/ideas try to tell you what they are, you have to listen to them - Try and bend them to your will and there will be trouble!

"Hey Lucinda" is a wonderful song to me and I really loved Lhasa de Sela. Can you tell us what kind of artist and person she was?
Thank you. Lhasa was everything you would expect her to be: Passionate, soulful but also mischievous, curious and very funny. We miss her every day.
"Hey Lucinda" was the last song we recorded together and I have found writing duets difficult since her passing.

I really like the use of spoken words in some of your songs, such as "Chocolate”. Was it a new challenge for you as a singer?
There has always been a spoken word element to our music right from our second single "Marbles". I am not sure where it comes from, possibly too much Velvet underground in our formative years. Some ideas need to be spoken, to be free of rhyme and melody.

Will you be doing concerts in the near future, in Italy too? And are you working on a new Tindersticks album.
Yes, we will be touring this year - Special shows with our extended musical family, musicians who have brought so much to our music over these last 30 years; Our string players who we met in '95, Terry Edwards who we persuaded to play on our debut album, Gina Foster who has been singing with us since our album Simple pleasure in 1999. I hope we will come to Italy, we will try. I hope that this year that the band can actually spend some meaningful time together and see what we will do next.

No Treasure But Hope

Falling Down A Mountain

Waiting For The Moon