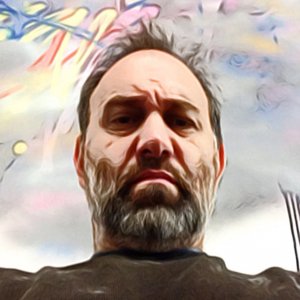 Washington Hebrew is the solo music project of Washington-based musician and singer Micheal Kentoff, better known for his work with The Caribbean (with Matthew Byars and Dave Jones). "Washington Hebrew" is the self-titled debut album. It is out on April 28th via Australia-based independent label Hidden Shoal.

His words about his work: "I feel like this record was made on the lam. I was bored and oppressed at work, unhappy with everything but making and experiencing art. So I began to make this record when people thought I was doing something else. It was an escape from a number of joy-killers. I’ve obsessed over Chicago footwork, soundtracks, Dilla, and broken beats forever. I wanted to turn the entire operation over to that sort of lab work — take existing sound and music, sample it, chop it up, usually beyond recognition, and create this other-world Brill Building stuff out of the raw, pulpy swirl. Because I recorded this music mostly by myself, I was able to work on the nine songs making up Washington Hebrew in the studio, at coffee shops, at work, at my parents’ place in Florida. I think the process and claustrophobia of job-hating helps the record radiate an intimate, sneaky, and slightly indulgent glow while emphasizing the glitchy, danceable beats that make me look slightly disturbing while I mixed tracks at Starbucks".

We have the great pleasure to premiere "Ima Try", the second excerpt from upcoming debut album. The track shows the ecleticism of the sound and the dynamic approach to the composition. Listen below.