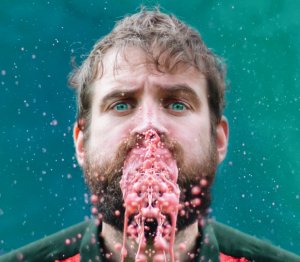 L'artista scozzese descrive il brano con le seguenti parole: " ‘Lionhead' is about a group of people working together to change something.  Burning your idols, setting yourself free from those who have control over you. The main image in the song is that of a Maasai lion killing, a tribe ripping off its mane, and setting fire to the supposed ‘king’ of the jungle, in some bizarre ritual.  This was the first song written for Future Echoes, and the version that appears on the album comes from quite a dark, angry place - it was about the end of a friendship, and my feelings were still quite raw, I guess.

The acoustic version feels like it is coming more from a place of acceptance, and is much calmer.  I’ve changed a few chords in the second half, so that it sounds a lot more hopeful.  My good friend Suse provides backing vocals and a sort of medieval casio keyboard sound, which sounds like an old computer game - like when you’ve reached the end of Zelda (the 1980’s version), and you’re drinking mead with the princess.

Oh, I should say, I started writing 'Lionhead' about six years ago, before the film Frozen existed. Any similarities between the chorus of my song, and any other song, is depressingly coincidental".