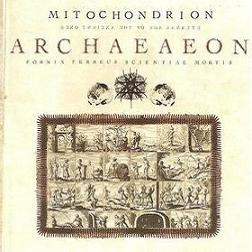 Tweet
di Francesco Nunziata
Where did this band spring from? With such a strange name! But who they do think they are! Mitochondrion is, in fact, a curious name; but there’s worse, or better, it depends on the point of view. Probably the Canadians Shawn Haché (guitar, voice), Nick Yanchuk (guitar, bass, voice), Karl Godard (keyboards, drums) and Nick Gibas (bass) have never thought to such a thing! The band was born in 2003 in Victoria, in the British Columbia district. Two years later it made a homonymous and still immature demo (however containing two forward-looking tracks: “Tormented Invocational” and “In the Reign of Tusk”), followed by the Ep “Through Cosmic Gaze”. Then there was the great shot!

Derived by the so-called “war metal” (i.e. a “death-metal” coloured in black and crossed by a sense of hostility and by a strong and military appeal – Godard’s drumming, that often tastes like martial, doesn’t lie…), “Archaeaeon” (subtitled “Eternal Age of the Ancient Ones: Fornix Ferreus Scientiae Mortis”) is like a massive assault that starts by the hallucinatory chaos of Portal to move further in depths of pure sonic entropy.

An independent production, “Archaeaeon” is one of the highest expressions of the extreme metal in the recent years, on the strength of a sound synthesis and a really remarkable overall view. The manifesto of their epic grief is “Into the Pit of the Babel”: colossal riff, horrible abysses, satanic call & response, pressing drums. The acoustic interlude offers an evocative chink, as there would be the Nile, far from their Egyptian scenes, like it also happens in the martial interlude “Descent”, where the keyboards (occasionally used in other songs), add just a touch of lyricism that contributes to release the whole album’s great emotional strain.

Of course, the visionary violence of their sound act can’t prescind from the album “Obscura” of their countrymen Gorguts, but here there is a much more nihilist and anarchic will, as demonstrated by the lysergic eddies and the nervous disharmonies, inside whom some of the most turbulent scores precipitate: “Agonizing (In The Shadow Of The Hammerblow)” (heart-stopping start, atonal disasters in satanic spirals, science-fictional rips très Mithras, in one of the most shagged off song you’ve ever listened), “Eternal Contempt Of Man” (epic intro, brutal poison in frenzied spread, convulse rhythmic dissections), the pouring “Akashic Predation” (with its gore-grind peaks and discordant hints) and “Infernal Weapons Summons” (sonic implosions, spacey changes and grim saturation bombing – with the guitars that seem to be loaded as they would be guns as a prelude to an impressive slowing down).

These are hallucinations-pieces, holocausts subjected to a degraded mysticism; songs that are outstretched to an abstract chaos. In short, as written by one of our net-friend, the Mitochondrion band is like the Gorguts who play the Blasphemy for the aliens! “Oath In Defiance” shows a mathematical face, made up of quick breaks and starts, whirling deviations and pitiless cacophonies, just before leaping in a delirious break together with  screams that look like the ones cried out by a heavy-metal punched nancy. But it’s “Wraithlike” the work’s absolute masterpiece. Progressive in its developments and dramatic to the marrow (from its quick-fire collapses and rebirths to the final apotheosis-crescendo that grazes a psychedelic scratch, a resolution that is like a real “move on” – note well the sudden change in the register at 7:08 of the track, with its solos focused on a unique vanishing point and its massive - almost touching! - and soldierly rise of drums at the unforgettable ending), the track’s development hides all the talent of an absolutely phenomenal band. By summarizing flashes of pure desperation, “Wraithlike” perfectly explains the global meaning of the whole “Archaeaeon”.

As in a redemption that slowly burns down, the band comes to reduce the torrential impact of its sonic barrage. So “137 (Death's Hendecaratia)” is a mighty and suffocating death-doom track with such a hyper-guttural groan and a thrilling atmosphere that open to another important influence for the band: Incantation. The most inveterate purists, instead, have been dumbfounded in front of the harsh-noise of “Organum Exitus”, but this is all the best they can imagine to conclude such a scary journey. An exemplary way to represent, nearly “stylize” by using the opposition of distortions,  feedback, spread screams and assorted cacophonies that “abstract chaos” towards whom all their music goes as got sucked into a galactic precipice. 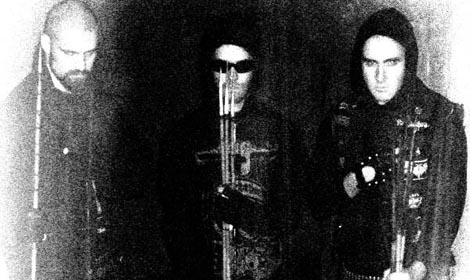