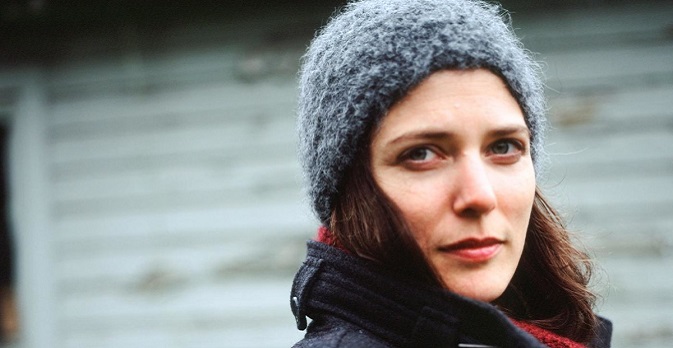 The poetess of everyday

After her younghood with Marzuki, together with a promising self-released debùt, Shannon Stephens has come back to the musical scene, one year ago - to stay forever, or so we do hope. We contact her to let her explain us what happened during these years, how she finds the world in her awakening. We have no doubt that her answers will communicate, again, the sweet honesty of a sensitive, mature artist.

As a first question, can you tell us how you find this return to musical activity? How did it feel the first time you played live again? Will you be able to plan a more significant tour, maybe even outside the United States?
I feel like when I quit music, I was a kid who didn't really have the tools to succeed.  Now I'm coming back as an adult with a lot more sense and drive.  The first time I played live, I expected this mountaintop experience, but we had problems with the sound and I couldn't hear myself singing.  The whole show felt like a fist fight.  It's only in the past couple months that I've started feeling comfortable on stage again, like I really do belong there, and it's exhilarating.  I plan to do short tours, sometime soon...  and touring the EU would be so lovely. 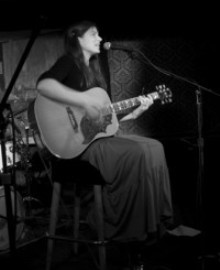 A lot has been said about your hiatus, nine years passed between your two records... But what is it like now, after your second record? Do you still have a day job and, if so, have you managed to combine the need to look after your family and your passion?
My day job is gardening.  I maintain people's fancy gardens.  I love my work, but wish I could spend my productive hours becoming a better musician.  After work, there's always family time and chores, and some days I don't even get to touch my guitar.  I've been thinking about putting together a jazz band to play weddings.  Then maybe I could become a better musician while working!

What should we expect from you, in the future? And what do you expect from your musical activity... Has your approach to music changed since when you started making it?
My approach is a lot more calculated now.  I'm selective with what I do and when.  This fall and winter I'll be working on my third album.  I'm really excited about my new material!  It has a little more grit, a rougher edge to it.

In our review of your "The Breadwinner", speaking of your renewed need of music, we pictured yourself waking up at night, walking around your house listening to your closest ones breathing. Do you find this a close reconstruction? As far as finding a theme for your record goes, for instance...
Yes, that's a good image to represent the mood of the album.  Nighttime is a huge theme on that album, and loved ones too.  I worked hard during the eight years when I wasn't doing music, and more than anything I wanted to sleep, hidden from phones and work, cuddled up with my family.

How much does daily life weigh in your songwriting?
Almost all the ideas for my songs come from an observation or a thought that occurs in my daily life.  I feel like there's plenty right here to be inspired about if I keep my eyes open.

Have you ever thought of a change in your sound? Playing with a full rock band again, for instance...
Well, actually, I am working on that right now.  My next record will be more of a bluesy affair, and I am currently trying to incorporate drums and upright bass into my live sound.

In 2008 Will Oldham covered a song of yours, "I'll Be Glad". How did you feel when you came to know that for the first time? Did this have a role in your return to writing and playing music?
I was so surprised!  And incredibly flattered.  My first thought was, "You mean somebody thinks my songs are good?"  I had really lost faith in my own creativity.  Will's belief in that song definitely helped spur my return to music.

How do you feel now about your experience with Marzuki? Do you mythicize that times in your mind?
My time with Marzuki was some of the most fun-- and hardship-- I've ever had.  I still love those guys like brothers.  We learned a lot about being kind, and working together, and listening to each other, and living together despite our differences, and countless wonderful lessons like that.  Sometimes we didn't get along, but a lot of the time we did.  It's good memories.

In your music, in your words a kind of "interior calmness" transpires. Is it because you feel more mature, professionally and inwardly? Do you regret Shannon as an "unripe maiden"?
I actually feel that at the core of my music is a very restless spirit, especially in my newer work.  The songs might appear to be calm on the surface, but the lyrics can deliver a different message.  And I don't regret anything that I've been.  I've always been the best person I could be with the resources I've had to work with.  It's nice to grow up, though.

The main reason of your detachment from musical endeavours seems to be the fatigue coming from the "business" side of making music. What was the most tiring thing?
Phone calls.  I hated the phone calls!  It didn't help that I had a job as a receptionist in a very busy office.  And nine years ago, phone calls were a lot more important.  Now we have texting and Facebook, which make things so much more efficient (and inefficient, too).

Wasn't it possible to let a label do the "dirty work" for you? Your recently republished eponymous record seemed not only promising, but it sounds like the work of an accomplished artist...
I didn't have label support back then.  Asthmatic Kitty offered me a record deal, but like a fool I turned it down, thinking I would keep my options open.  So I was shopping the CD to radio stations and record labels and venues, and it was eating up all of my time.

How did you find music industry, nine years after your first record? Do you think it's easier or harder for an artist to live of his music?
Oh, definitely harder.  I probably came back at the worst possible time.  There is no money in music right now.  And I hope something can be done about illegal downloads, because it's making success impossible for a lot of really good musicians.  Also, touring is more expensive because of the price of gas, and people are less likely to go to shows given the economic crisis.  It's tough!  I try not to think about the industry. 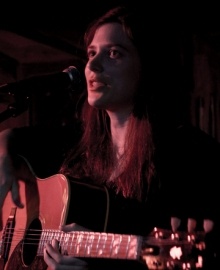 From your perception, do you think the economic crisis has influenced the indie-music business?
Yes, it's been painful to see.  People are getting really creative to try to make ends meet, but the industry isn't what it used to be.  Record labels have been closing their doors because of lack of sales.

And music, in general: have you been following new or old artists during your hiatus, or you wanted to keep the whole thing aside?
During my hiatus, I really fled from music in every sense. When I did listen, I listened to a lot of electronica, which is about as far from folk as you can get!  In retrospect, I was neglecting an important part of myself on purpose.  I wanted to see if I could live without it.

Songwriting seems a pretty clogged environment, right now. Still where do you recognize real talent around?
I look for talent locally, because it's so fun to get to know the people writing the songs!  The folk & roots music community here in Seattle is really strong and has some exciting things happening.

What goes through Shannon's ears, these days?
I've been listening a lot to the work of friends: Bonnie 'Prince' Billy, Sufjan Stevens, Lindsay Fuller, Gregory Paul.  Also, I'm going to see Tallest Man on Earth this week.  Apparently he's been covering my song "I'll Be Glad", and I hope he plays it at the show.