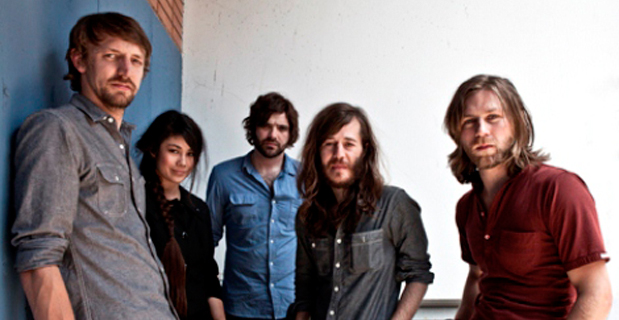 I have some curiosity about your beginnings as Kunek. Was it the same lineup of Other Lives? How did the band come together? Was that your first experience in a band?
I started in high school with a punk band; then, 9 years ago this month, I started an instrumental trio which then turned to be Kunek, we had an extra member and kind of co-founder in that band. We mutually parted ways, and so after that we though it might be best to just clean and start new; just kind of a different perspective on what we were doing and where we wanted to go and where we had been, so, that's the real reason for the name change, but all the other members were in Kunek as well.

I didn't know about this start as a Punk musician, this reminds me of one of my favorite songwriters at the moment, Scott Matthew, he started in a punk band too, and now his sound is pretty soft and delicate...
Punk music is great, and it's specially great for the youth, when you're fifteen, expressing all your anger and teenage angst. It's nice, I wish I had more energy to express it, I'm not as angry anymore.

It's a recurring notion that it took you sixteen months to compose and record "Tamer Animals". Has it taken you so long to put together also the previous record and Kunek's one?  Was "Tamer Animals" particular, to this regard, because it represents your real "creative leap", your major attempt to create your own signature? 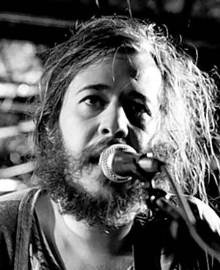 No, the first record we did in a proper studio was done in a matter of six weeks, so with a very busy timeline, we had to have some things done every day, sometimes there were things that I thought I wanted to move on or concentrate more; so, basically, that experience was really good, certainly positive, I still love that record, but the reason is that we wanted to be more in control. Basically we acquired enough instruments, microphones and amps to record ourselves, so, because it was the first time we did lot of thing we had no idea what we were doing, we'd search and search and search until we'd find the right sound or arrangement or whatever it may be.
It's self-produced and self-engineered, and it took a lot of time, but a lot of love was put into this record and everyday we woke up and worked 7/8 hours a day, and worked on things we self-taught to work on so it's been the best year and half of my life. We were working with our own gear and equipment, with our own way. We did it our way and that created that sense of originality to the record. It is a very personal record, we felt like we needed an hideaway and make.

Was the final result what you had in mind from the beginning?
It's interesting, anytime going in to a record it's an unknown: but we did go in with certain boundaries and some things we wanted to accomplish, one getting further away from traditional rock elements, and too we wanted a quality found on lyrics and vocals to be less personal and, even though this is a very personal record, I wanted the vocal to sound very far away and like a bird-eye view, looking down and kind of narrating rather than merely telling a story. So there were some objectives that we wanted, but you go in and there is always some surprise coming up long.

My little criticism to the band, for what it's worth, is that the record really communicates this huge intellectual effort, this intense creative push. This is the main strength of the record, in my opinion, but also its greatest weakness. With respect to your previous works, I sense obviously a greater complexity and texture, but also some coldness, which wasn't present in the first two albums. Do you acknowledge this as an aspect you want to improve in the next records?
I definitely agree with that, there's a really human touch in our live performances, there's more emotion involved with it. But I would say, vocally and lyrically for particularly Tamer Animals I felt like I accomplished what I wanted, because I didn't want to be a lead vocalist, singing I wanted to be something that coexisted with music and I honestly see that our criticism found that, and I'd probably agree with you. But I won't say that's it for the rest of records that I do, I think that we have room for new points of view, new emotions deriving from the vocals

How do you approach the differences between playing live in a small club, in a theatre or at a festival?
We don't necessarily have a different approach, but you play a little differently. Sometimes in a club you feel more like a rock band, you feel more physical, physically on stage performing; sometimes in a really large venue, like the one in Paris, it's a little bit more like "Ok let's perform as an ensemble" and things are a little bit internal of the band performing. But I like the differences, sometimes is nice to have a very nice, calm, reserved thinking set and sometimes it's good to let it go and have it a little bit neurotic.

You speak of Other Lives, and cinema comes to mind. Your passion for Philip Glass, the Morriconian epic filling your music, the tribute to Kubrick in the "For 12" video. You also shot clips for "Tamer Animals" songs with ... At least one of your songs ("Black Tables") has appeared in a TV series. "Tamer Animals" clearly has a general theme, nature and its violence, the contemplation of a tiny man.
Is that a songwriting approach you have, visualizing what you want to communicate with music, or is it something emerging afterwards?
Well, it's a strange thing because it's a little bit of both. It's kind of back to the whole idea of you have something in you that you are, and you have feelings that you'd like to express the constance of wanting really to write music to landscapes. I'm from Oklahoma and I really want music to paint what surrounds me and I also want it to take into consideration lyrically themes dealing with observing lands, canyons, related to environment, so with those themes kind in the back of your head, then your describing goes forth and write,and write, and write, and write; and it's funny these themes too come through because you're trying to pin to these things, but it's a little of conscious and a little bit of subconscious, hopefully you want it to slip through and make it a cohesive statement. 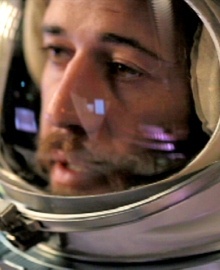 How do you feel hearing your songs in popular TV shows like Grey's Anatomy or Ugly Betty?
I look at these things as a really great opportunity financially - I know it sound a little cold, but it's the way bands make money, you know, bands like us don't make money selling records - and so when an opportunity comes across like that allows us to continue out on the road and get our music out to as many people as possible, because, at the end of the day, it really isn't for these bands and for me about making money it's about getting our music out there, and taking people to a positive approach. So, all wrapped it up, it's a great opportunity for us to continue what we want to do.

Did you see the episodes?
No. (laughs).

Just for fun, what kind of movie could your music be the score of? You can invent one or choose an existing movie.
I would like a movie where the music and film kind of coexist together, and it's not just a solely background; I like that idea of visual and audio coexisting together, I would like to do something like that.

Like Philip Glass and Godfrey Reggio...
Yes, exactly, Koyaanisqatsi was a great movie, is really a doing film that works with music.. and I want to see that more in films, like, Kubrick does that so beautifully. I just saw a new movie that did that, The Tree of Life, it has these moments, and it's very precious, when you are watching and listening at the same time, and it's a great combination.

Your songs seem written to go beyond a defined time. But, despite this timelessness, one can feel an anxiety bound to a present unable to offer great perspectives. How do you perceive the future in your country, and, more in general, of the world? Could this feelings have taken you to a darker atmosphere in your work?
I think a lot of people are worried, and I do agree with that. I think my job as an artist is not just saying what I think about politics or policies, but my job is to observe and create something truthfully, and that puts people in a positive place, that's what I aspire to do as a musician, but, along with this come some responsibilities, I try not to be too judgmental and too accusative on how people live. But I do have worries, we are all being too excited, but I think if people had the opportunity to live the right way, they would, but governments and corporations don't give people a chance to, and I think some day we'll see hopefully people realizing that they have more control than they thought they had, so, that's my hope for the future.

I read you are a good Kurt Vonnegut's reader. A guy I know used to host a radio-show, in which he pretended to report phone calls he had with him from afterlife. If you could do one of that dials, what would you ask, or tell the writer?
I would probably ask him the last question you had, "Do you have any hope for the future?", I have a feeling I know what his answer'd be. He was a wise man, he could tell a lot of paranoias about the future and what we've become, and what we've always been, maybe.

You'll be supporting Radiohead in their upcoming US/UK tour. How do you feel about it? Are you Radiohead fans?
It's fantastic, we've just found out... You know if I said that I've never thought about that it would be such a lie, I mean, ever since we started it's been a kind of dream, we'd go "if we ever could do we would be so happy" and now we are! We are so very happy and honored to be able to do it. They've been such a huge influence on us, we're such fans. Actually I'm very excited to see their brand new record been played live.

[Stefano] I don't like it, I have to admit; I liked all Radiohead records except of this last album...
It's my favorite since I think maybe Amnesiac. Listen to it on headphones, it's a headphones record, because it's really dimensional, and it's recorded beautifully; it's just a different space, I think it's a very smart record, a real engineered and produced kind of record, it's great. 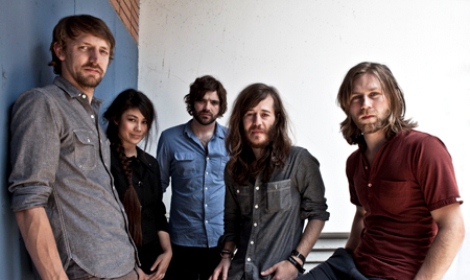