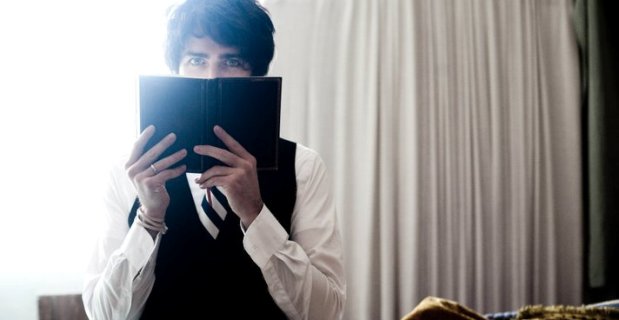 Mark Charles Heidinger has always an inclination to noir atmosphere. From his debut album under the name Vandaveer, back in 2007, blood and broken dreams always played a key role in his stories. It’s no surprise to find him now involved with the murder ballads tradition in his fourth solo album, “Oh, Willie, Please…”. The release of the new record is the best opportunity to revisit with him a career with roots as deep as his own family tree.

First of all, could you tell us something about the beginning of your musical experience with The Apparitions?

The Apparitions were my primary musical project prior to Vandaveer. Brothers, roommates, young folks trying to make rock & roll... It was a good time. A very loud good time.

Some members of The Apparitions founded another band, These United States. Are you still involved with them?

Not formally, no. They are on indefinite hiatus at the moment, but we're all very close. Half that band was in The Apparitions and several of those guys are actively involved in Vandaveer recordings and touring, so we're very much still a family.

There's a family story behind your stage name. How did you choose it?

The name comes from my dad's side of the family, from way way back... it's been passed down for many generations and had likely reached the end of the line at my generation. I felt like offering it a lifeline, so I named this project Vandaveer accordingly...

When did you met Rose Guerin and keep workin' together?

Why did you decide to make a murder ballads record?

Well, we honestly just love these songs. I've dabbled with a bit of this content in my original songs, so it felt natural to revisit some old tunes from the public domain and have a go at them in the studio...

Are you afraid of the comparison with Nick Cave for "Oh, Willie, Please..."?

I am never afraid of a Nick Cave comparison. Nick Cave is fantastic. His album "Murder Ballads" is beautiful. We pay homage to his version of "Henry Lee" on our record, actually. The thing is, he was borrowing from and sharing in a very long tradition, too... that's what folk music is about. 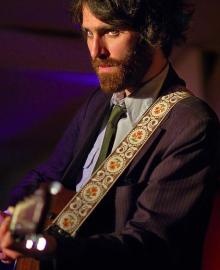 How was the recording and the production of the album?

The process for making this record was quite smooth and swift. We spent a week or so in a gorgeous old farm house in Kentucky, then followed up with another week or so in a proper studio... A very pleasant experience, especially given the dark subject matter...

A murder ballad isn't only a chronicle, but has something to do with the relationship between good and evil. In your opinion, what makes those songs still able, today, to talk to the human heart?

For the same reason shows like “C.S.I.” or “Law & Order” are popular, murder ballads are relevant. Stories of good and evil, cautionary tales, ghost stories - all these things resonate because human beings are still grappling with ethical and spiritual quandaries. No different than it was hundreds of years ago when some of these tunes were originally penned.

Did you enjoy the making of the video for "Pretty Polly"?

Yes, very much so. We got to work with a great friend in director, Jared Varava, and the cast and crew were stellar. David Yow and Tricia Vessey were stunning as our villain and heroine, respectively...

Many murder ballads have their roots in English folk. What's your relationship with the European music tradition?

Yes, they do... my personal relationship is primarily as a listener and appreciator of song. I have European ancestry, so I guess there are indirect connections as well. But, honestly, I just like folk music. And I enjoy singing songs.

In addition to the songs of "Oh, Willie, Please...", you did a few covers in the past, from Bob Dylan to Leonard Cohen. For you, what's the key to keep an old song alive?

Old songs stick around because they remain relevant, even as culture and society changes around them. A really good song has the ability to persevere. Dylan and Cohen both have written timeless tunes that will be around long past our last heart beats. Same goes for these murder ballads. They have deep roots and far reaching branches.

A record that changed your life (and why).

Pink Floyd's "Meddle". I knew I wanted to make a go at writing and recording and performing when I heard that record for the first time. There were others before it, but that one is just so mysterious and beautiful and off-kilter. It really works.

You released "Oh Willie Please" with a Kickstarter campaign. From social media to crowdfunding, what do you think about the chance for the artists to promote their music in the digital era?

The environment for releasing music is increasingly niche-oriented. You carve out a little space, plant your seeds, and watch your garden grow. If you tend to your plot well, it may well spread. Social media and crowdfunding are fascinating aspects of the process, but they are role players in a very old trade - we write and sing songs. People have been doing it for a long time, and I don't see that changing anytime soon...