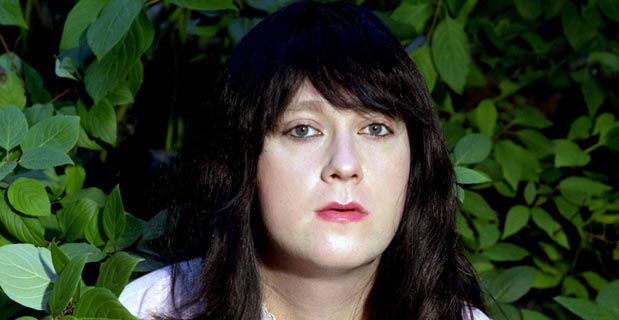 Antony And The Johnsons

interview by Asquini, Fabretti, Delli Paoli, Righetto
Tweet
Lately you have been performing frequently with symphonic orchestras - I'm thinking about your recent shows with the London Symphony Orchestra. The Festival of Sanremo is famous in the world for the importance of the symphony, which always goes with the songs. Is there a relation with your recent collaborations and your presence in Sanremo?
Actually, I've been invited to this festival to sing a song, and it's naturally an honor for me to be here. Of course it's a fantastic opportunity to share my music.

It's been three years since I started travelling and playing with orchestras from all over the world. And it's one thing I love the most. Every night you come into contact with different people, with whom you have to connect on stage. The best shows are those when you all feel as one.

What is left of the teachings of the San José School for The Performing Arts? How useful was it for your musical growth?
It was very important. It made me what I am, it opened me to new worlds. Starting from the exploration of my body from the understanding that there's no difference between material things and inner thought. It's one thing and this is my nature, made of conflicting opposites.
My soul is the result of all of this, and what counts for me is finding a constant balance. In the last fifteen years it's become more and more "extreme" - the inner and physical worlds merge into each
other.

So it was fundamental for your spiritual growth, in particular?
Yes, it is important for me to search for the linkings among things, that something which connects emotions and thought. I don't think I could  make music without this empathy. I was born in a Catholic family and I was raised with Catholic imprinting. Then things changed, I found out my mind was in a cage.
When I was a boy, my body and mind were split. After all I was raised in a Catholic context, so it was inevitable. Then during my studies at the School for The Performing Arts I discovered dancing.

Dancing?
Yes, I know it may sound weird but it was the real link towards that harmony I was speaking about. It allowed me to understand my body, it created the connection which made me realize I was alive. And that I could express myself.

What is your relationship with the Church? And what do you think about the resigning Pope?
The problem is not that he was like that: it's that there will be another exactly like him. They're people with great power who don't use it; they put forth life styles and thoughts that have nothing to do with helping people.
I'm talking about starving Africans, about homophoby. They perpetuate the silence on topics which shouldn't be withheld. I judge them as nothing more than nasty elders.

Your voice is so unique and particular that sometimes you almost feel the need to preserve it. Lately you've collaborated with several artists - don't you fear this may "overwork" your singing?
David Tibet is a close friend of mine and for me that's a responsibility. Many artists - and I am honored by it - have made public endorsements for my music. Him, Lou Reed, Laurie Anderson, it's something tha fills my heart with joy. Their freedom speaks for them.
When I work with someone I do it only when there is a special relationship, something binding us that we have in common. I don't feel overwhelmed, in this respect, by collaboratitons, as I only grant them to people I strongly believe in.

I was impressed by the result of the ’symphonic’ rearrangement of your songs in “Cut The World”, as they sound sparser and more focused on your voice than the studio versions. The result is often heartwrenching. But does this choice of publishing a live album reflect the need for a change of direction in your music?
I don't have any plans. I will go on playing and working with visual arts. A new album? I really don't know, I'm going to release it as soon as it comes around. I don't feel any pressure, I never felt it and I don't want to feel it ever.
Discografia

Antony And The Johnsons on web
Anohni su OndaRock

Antony And The Johnsons

Thank You For Your Love

I Am A Bird Now